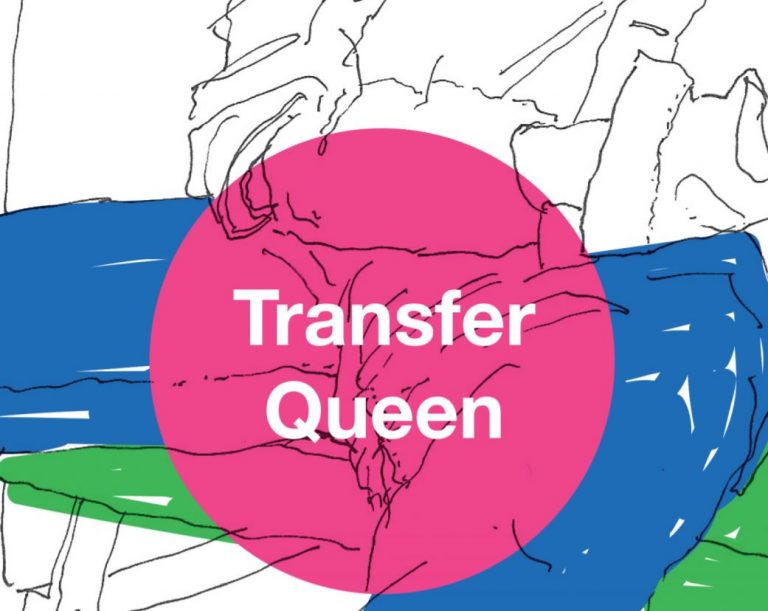 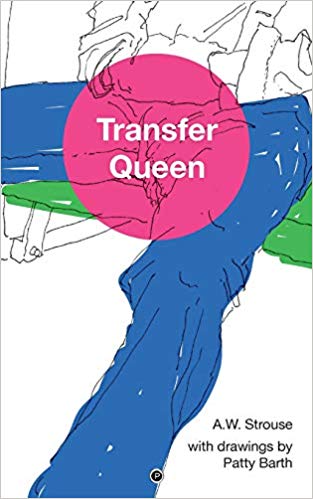 Like his earlier collection of hiaku, this book will entertain the reader with breath-mint sized nuggets of humor. The thoughts will resonate with anyone who’s spent time people-watching on a New York subway. Or any Metro, for that matter.

Random thoughts, in poetic prose, scattered across pages, accompanied by pencil sketch art.  It’s a thought-provoker, an imagination-stirrer, and a memory-jogger. “Oh, yeah, I remember seeing something just like this ….” A smile at a memory, a short laugh, a spark of life — the gay observer tickled by private thoughts in public spaces.

“I love the subway! I love the subway for its trashiness, its punk-rock refusal to be efficient, its raw humanity and its diversity, its cruisiness, its continued weirdness despite gentrification,” says Strouse. “So, for several months, every time I boarded a train, I wrote one poem for each ‘man’ in the car, loosely defined. Transfer Queen captures subway strangers in poetry.” 1

Here are a few gems from Transfer Queen, brought to life by the sketches of Patty Barth. 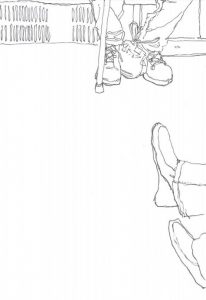 cruising this guy,
i didn’t notice
for fourteen stops
his wedding ring

because the dude
at the end of the car
who is spewing bibimbap
all over the floor
deserves a little privacy,
i will not write
a poem on him 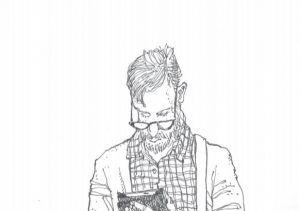 bobbing his head to invisible music,
he gives me the finger with his eyes 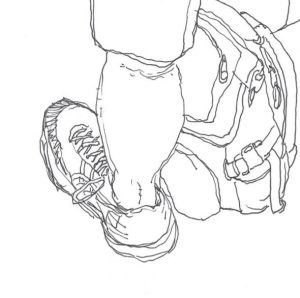 I have to admit it. I love Allen’s style. Loved it since his first submission to IMPACT Magazine way back in 2012, “A Faithless Revelation,” and his intelligent gay prose in My Gay Middle Ages (read an excerpt here). I’ve laughed at his mind-tickling Haiku to You, Too, and been scandalized by his  B.B.C. (The Black Boyfriend Compendium) (see Pablo Haker’s review here). This is a guy — well, excuse me, he’s a medieval scholar — I hope to be reading for many years, as I slide deeper into my own gay middle ages.

Pick up a copy of Transfer Queen on Amazon or at Punctum Books.

Patty Barth grew up in Utah, was schooled in Ohio and lives in Brooklyn where he runs a custom fabrication studio.