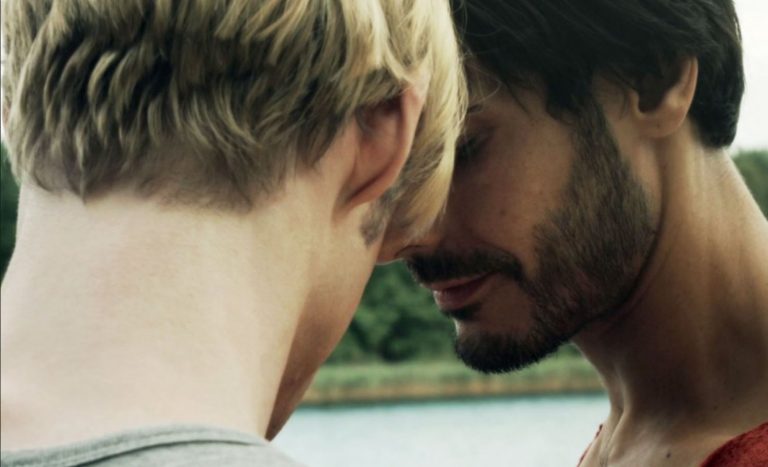 New Release: “Sorry Guys” – A film about two men, a sister, and a baby Handsome couple Robert and Louis are happy and in successful careers, however something is missing – all they want is to have a child. When Louis has the idea of having his sister Svenja act as surrogate mother, everything seems as though it will go according to plan. The three meet at a lakeside on a warm summer night, however Svenja has invited her new boyfriend, who is completely unaware of the situation. As the evening unfolds, tantrums, laughter and misconceptions reveal that everyone has their own hidden agenda. But will a baby be the end result?

A heartfelt and amusing story about the complexities of human relationships, ‘Sorry Guys’ takes a light-hearted look at the very modern travails of how to make a baby, and how bringing new life into the world is a responsibility that redefines even the most solid of relationships.