Advent is a season of holy anticipation, when we await the coming of the one who will shake up our understanding of the world, and show us that love is the heart of the universe. The season represents our faith in an eventual consummation with the force of all life, love, and hope, so it’s no wonder Christmas fervor seems to begin earlier each year, when our hearts are so full of yearning.  Playing Christmas music and putting up decorations pulls the idea of consummation closer, as if we are saying “Come to me, please. I need you, right now.” 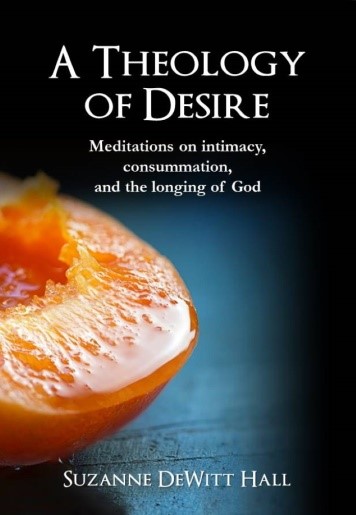 My latest devotional in the Where True Love Is series explores these deep yearnings, and how they reflect God’s own desire for union with us.

It’s a perfect vehicle for Advent contemplation, setting the tone of anticipation which builds to a climax just as Christmas offers up the person of Christ who comes not just as baby, but as intimate companion and spouse.

Here’s a sample to whet your appetite:

A woman of Samaria came to draw water. Jesus said to her, “Give me a drink.” For his disciples had gone away into the city to buy food. The Samaritan woman therefore said to him, “How is it that you, being a Jew, ask for a drink from me, a Samaritan woman?” (For Jews have no dealings with Samaritans.) Jesus answered her, “If you knew the gift of God, and who it is who says to you, ‘Give me a drink,’ you would have asked him, and he would have given you living water. The woman said to him, “Sir, you have nothing to draw with, and the well is deep. So where do you get that living water? Are you greater than our father, Jacob, who gave us the well and drank from it himself, as did his children and his livestock?” Jesus answered her, “Everyone who drinks of this water will thirst again, but whoever drinks of the water that I will give him will never thirst again; but the water that I will give him will become in him a well of water springing up to eternal life.” The woman said to him, “Sir, give me this water, so that I don’t get thirsty, neither come all the way here to draw.”
(John 4:7-15 WEB)

And so we encounter this tale of mutual thirst. A God-man tired from his mission, tired from walking, tired of humanity’s disinterest, arrives thirsty. Thirsting for water. Thirsting for response. Then along comes this woman, carrying her water jug in the heat of the day, planning merely to fill it as she always does and bear it back home for use in countless mundane ways. Jesus sees her and recognizes something. Perhaps it was in her eyes, or maybe the twitch of her hip, or deep in her heart. Maybe it was all three. He recognizes her hunger, and understands it as a reflection of his own. And so begins a verbal dance; the longest recorded one-on-one conversation Jesus has in the gospels. A conversation in which he and the woman speak of filling and being filled, in which he asks to please be quenched.

Jesus mentions being thirsty one other time; on the cross, when he thirsts for it all to be over, for the culmination to take place. He was thirsty from carrying the instrument of his torture through town and up the incline to Golgotha, thirsty from hanging on the cross as the hours passed, thirsty from humanity’s ceaseless refusal to accept love.

The encounter with the woman whose husband was no real husband was a precursor of that thirst, without the agony, and a hint of what will ultimately come.

She said yes to the filling he offered and raced away to tell the world about this miraculous lover.

He stayed behind, watching over the water jar she’d abandoned in her ecstasy, smiling, and feeling sated by her response. His thirst quenched for the moment, without having received any of the water she’d come to draw. Quenched by her yes.

Our God still thirsts as Jesus did that day, for that woman and for all of us. God thirsts for you, right now.

Close your eyes, and feel their thirst.

I hope your Advent is filled with the holy anticipation God experiences as they await you.

Suzanne DeWitt Hall is the author of Where True Love Is: An Affirming Devotional for LGBTQI+ Individuals and Their Allies and Transfigured: A 40-day Journey through Scripture for Gender-Queer and Transgender people. She also wrote the Rumplepimple books; hilarious illustrated stories featuring a misunderstood doggy hero, his tutu-wearing sidekick cat named Mr. Noodles, and his two moms.