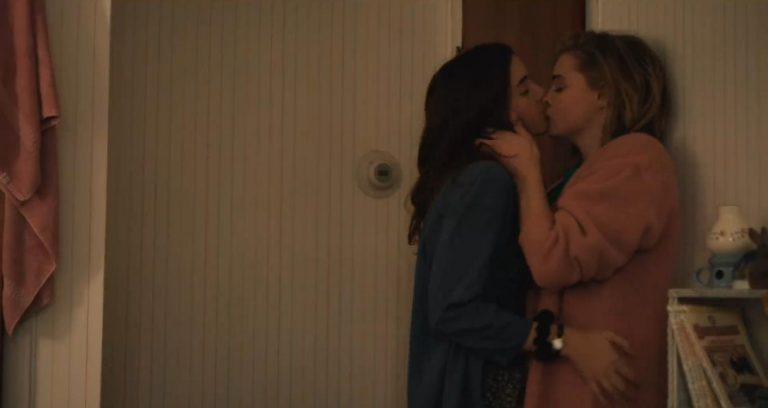 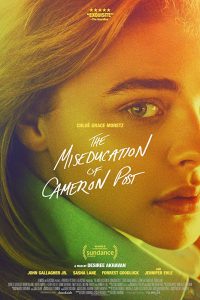 Not just another conversion therapy movie…

Based on the young adult novel written by Emily M. Danforth in 2012, The Miseducation of Cameron Post captures the story of a young girl wrestling with her sexuality in the conservative 90’s.

It’s prom night, and Cameron is caught with her best friend and secret love interest, the prom queen Coley Taylor, having sex in the back of a car.

Distraught, her conservative Aunt Ruth, who is her primary caretaker, sends Cameron to a gay conversion therapy camp called “God’s Promise,” where teenagers undergo therapy and Christian activities to find God and “recover” from their homosexuality. The main counselors who run the camp are Dr. Lydia Marsh and her brother, Reverend Rick, who has undergone therapy himself and claims to have been cured from homosexuality. 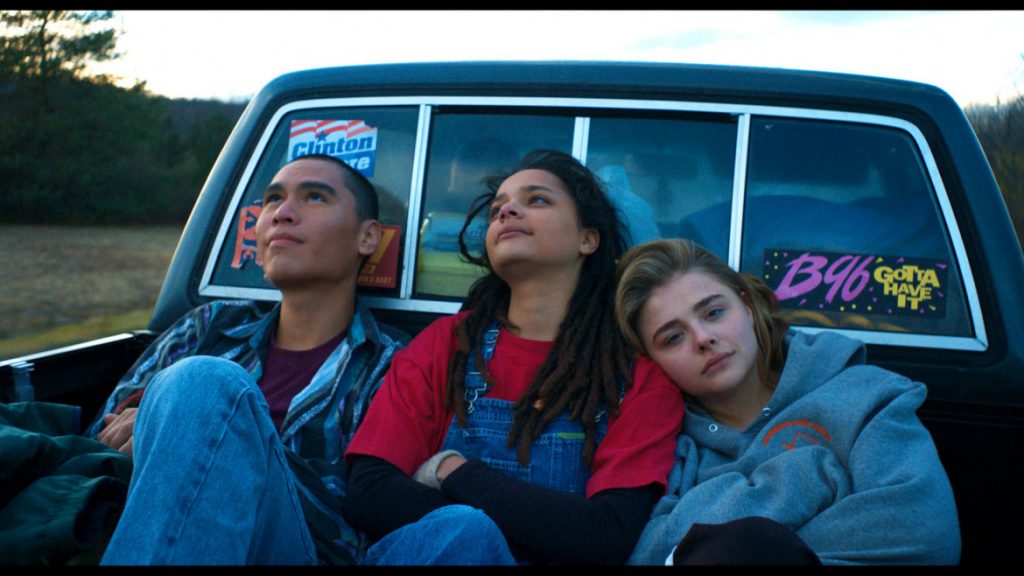 Cameron appears lost in what she thinks is right or what she should do. She simply says to Dr. Marsh and Reverend Rick, “I don’t think of myself as a homosexual. I don’t really think of myself as anything.” Dr. Marsh makes it clear that “[she] should think of [herself] as a Christian” and that she will be able to overcome this “illness” just like Rick did.

Cameron meets a range of different people at God’s Promise. There are some campers who feel like they are being helped, like her roommate Erin, who claims she has been able to become closer to God and has developed a heterosexual crush. Then there are those like Jane Fonda and Adam Red Eagle, who simply stay because they have no choice.

Cameron bonds with Jane and Adam, and they joke together about camp and Reverend Rick’s story of how his friends supposedly saved him from committing sexual sin: “Wow, Rick really needs our help finding God… Yeah, we totally saw your car at the gay bar and wanted to stop you from committing sin, not because we wanted to suck your dick.”

Still, the camp’s persistent teachings start to get to her. She eventually receives a letter from Coley (her best friend), who blames her for everything that happened: “You already had this thing in you, but I didn’t.” Cameron wonders if she’s not trying hard enough and asks Jane and Adam, “What if this really is our only chance and we’re blowing it? I’m tired of feeling disgusted with myself.”

The counselors try to make it seem like they’re professionals and they have everything under control, but they are cast in a light of helplessness and vulnerability when dealing with the aftermath of a camper self-harming and ending up in the hospital. Cameron even says to Reverend Rick, “You people have no idea what you’re doing, do you? You’re just making it up as you go along.” All Rick does is cry and mutter, “I’m so sorry, I’m so sorry.”

It’s that kind of moment that puts me in my place when I get heated about Christians who are not LGBTQ-accepting. In my exaggerated thinking, I see them as heartless, but in reality, some can be genuinely caring and loving Christians — even if seriously misguided — who are really trying to do what they think is best for their child, relative, or friend.

After the incident, Cameron decides she’s had enough. She and her friends simply leave by hiking into the woods and hitchhiking. While there’s a sense of triumph in them leaving and starting a new chapter in their lives, there is also a sense of uncertainty that lingers on their faces after the smiles and laughter subdue. As the movie viewer, you have no idea where they’re trying to go or what they’re going to do. But they’re finally free from that oppressive environment.

This movie won the U.S. Grand Jury Prize at the Sundance Film Festival in January 2018, and touched my heart. What I like about this movie is that it doesn’t choose sides over this controversial issue. Rather than presenting just the perspective of the LGBTQ characters, it also shows the all-too-human feelings and struggles of their non-affirming peers, and reminds us that they are human too, making mistakes and  trying to figure things out just like we are. This sensitivity to the opposite side gave the movie a feel of authenticity in a heartbreaking yet refreshing way.

Available for pay-view on YouTube and on Amazon Prime Video.