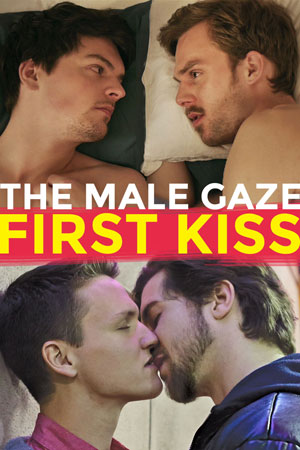 Check out this new compilation of heartwarming, festival award-winning, short films from France, Sweden, Australia, Indonesia and the USA which look at relationships between men that culminate in a kiss. From regret to introspection to fighting back and all-out laughter, a confection of emotions await.

We are proud to announce the launch of a fresh and exciting collection of quality gay short films from new distribution banner, THE MALE GAZE! 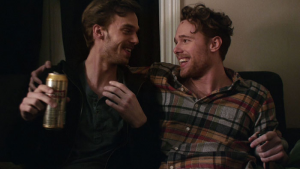 NAKED
Dir. Daniel Hagberg – Sweden
Waking up from a night of alcohol-infused heady passion, students Erik and Anthony come to terms with the results of their sexual experimentation and whether or not to tell their respective girlfriends. But while Anthony accepts he is no longer who he thought he was, Erik clings to the supposed ideal of a heterosexual life — but not for long… 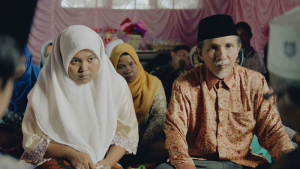 PRIYA
Dir. Yudho Aditya – Indonesia
A heartfelt and rare insight into the burgeoning romantic impulses of a gay Muslim teenager towards his English teacher, ‘Priya’ delicately unwraps the fragile relationship between a young man and the traditions of his upbringing in rural Indonesia that will either hold him back, or propel him forward. 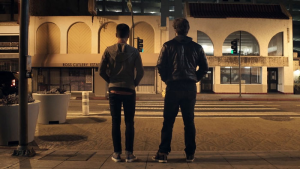 WALK WITH ME
Dir. Hazart – USA
While walking his dog, Eric bumps into the confident and carefree Ryan. Taking a nervous leap, Eric accepts Ryan’s invitation to walk through the city en route to a concert. In the next six blocks, the two men discover that intimacy through anonymity also exposes one another’s flaws and insecurities. Will they make it to the concert in one piece? 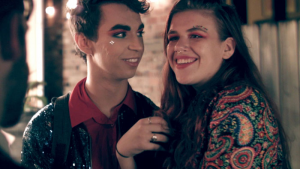 ONE NIGHT ONLY
Dir. Sam Langshaw – Australia
When best friends Tyler and Erica crash a party to check out cute guy Theo – Tyler’s swipe-right date for the evening, everything points towards a successful hook-up. But once Erica’s out of the picture and Tyler and Theo are alone in the bedroom, Tyler has to decide just how far he’s willing to go, and with whom. 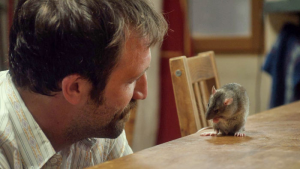 TAPETTE
Dir. Satya Dusaugey – France
In this hilarious man-meets-mouse coming-out comedy, hapless builder Michel finds himself aroused by co-worker Thierry, which doesn’t go down very well with his long-suffering and totally unconvinced girlfriend, Charlotte. Nevertheless, Michel goes out into the night to explore his new desire.

We’re excited to start this new journey in getting the best in new queer cinema out to audiences around the world. Next up is The Male Gaze: If Looks Could Thrill.

AVAILABLE TO STREAM AT: AMAZON.COM / AMAZON.CO.UK