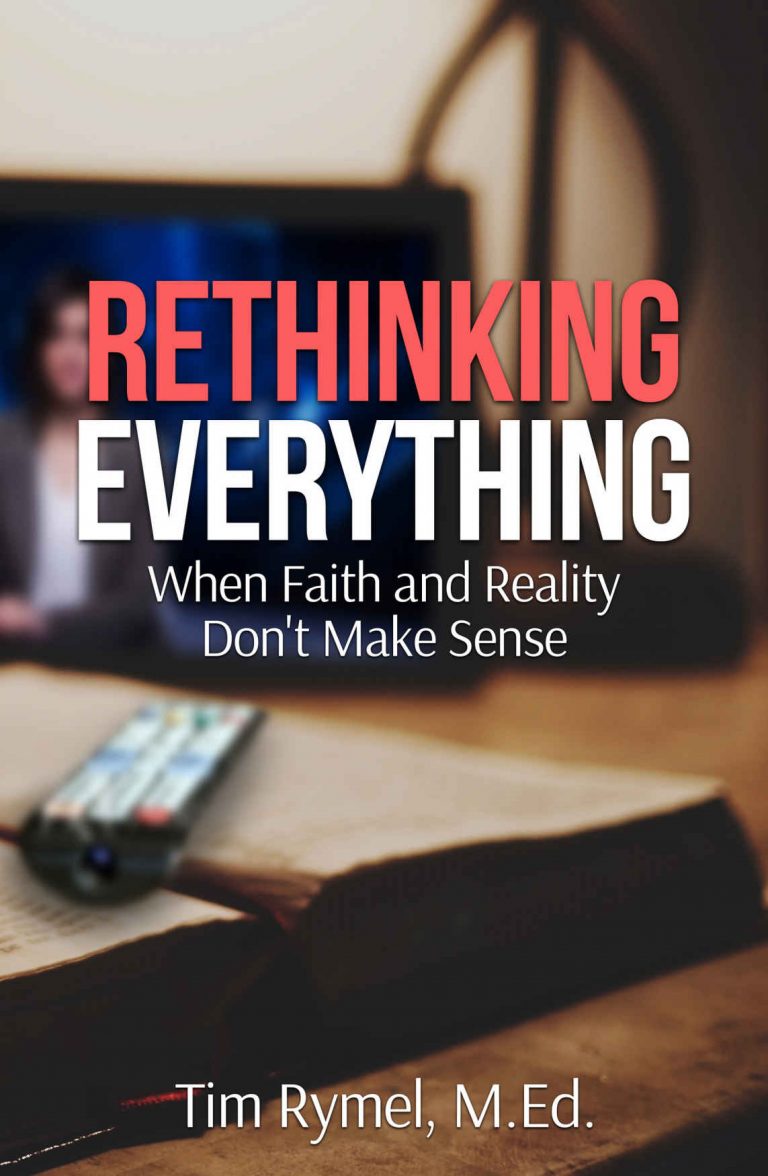 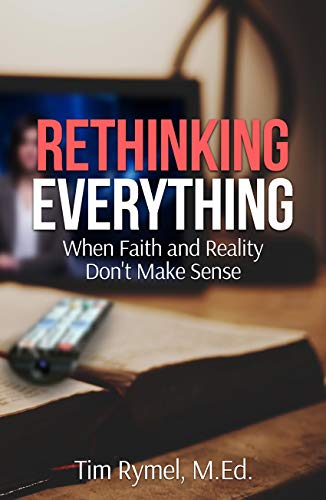 When I first saw the book, I was bit envious. Tim Rymel had chosen the perfect title to describe the journey so many people go through when exiting fundamental religion and embracing a new perspective on reality. It’s a process of deconstruction – taking apart everything we’ve been taught as “truth,” piece by piece, re-examining them to see if they still make sense to us now – and is sometimes followed by reconstruction – a rebuilding of a positive faith structure that now make sense to us in light of new knowledge and experience.

In Tim Rymel’s case, there was detailed deconstruction, but no reconstruction. At least, he doesn’t describe his own experience of rebuilding a faith.

And this is the case for so many who have undergone the trauma of being LGBT and growing up in conservative churches. Tim is careful not to pin-point his current state of belief, perhaps leaving any reconstruction up to the individual readers who share his journey. His purpose, he assures us, is not to dissuade anyone from belief, but he does want to challenge the basis of those beliefs, to shine a light in areas where he himself was kept in the dark by his religious tradition and leaders.

The first two-thirds of the book describe the psychological process of breaking down the barriers and allowing himself to ask real questions, pointing out some of the stages of “the conflicted brain” will go through. He gives examples from his own life, from friends, and people he’s counseled and read about.  This bulk of the book will be the most helpful for those going through a similar process. By describing the steps and stumbling blocks, the reader is able to identify some of the same crises she may experience. Things like cognitive dissonance, self-justification, and the need for self-awareness, self-compassion, and self-protection. He holds our hand as we ask ourselves questions our religious framework is not suited to answer — and what it feels like to challenge those boundaries. He’ll walk us through the various emotions, the anger (allow yourself to feel it, let it out, validate it, face it), the guilt and how to deal with it, the shame, the depression, the confusion and uncertainty of asking ourselves the hard question of “Who am I now?” and “Do I believe this anymore?” And all the while he reminds us that it is okay to live in the uncertainty.

Fundamentalism and conservative Evangelical Christianity offer us the drug of “absolute truth,” the answer to all our questions. But life won’t be contained in such a small, well-defined box. And living with questions is a life more alive and more authentic than swallowing the pill of predefined answers.

He reassures us that this journey of asking questions is about finding ourselves and reclaiming our lives as much as it is about breaking free from oppressive religious beliefs. And there is some helpful advice on rediscovering things that bring you joy, your passion, about trusting your feelings, about reinventing yourself. As cliché as it sometimes is, he reassures us that “life is about the journey itself. Where we end up can’t be rushed.… Remember, no matter at what age or life stage you find yourself, it’s never too late to do something different. Only you can decide when you’ve finished your journey.”

This was not what I expected. But it was interesting and insightful.

In the last third of the book, Rymel attacks some of the strongholds of fundamental Christianity — areas of faith asserted by authority but which don’t stand the scrutiny of history, science or a questioning mind. This was the section I was looking foward to. It deals with specific issues of the evolution of religious belief, the development of the bible as canon, the indefensibility of “hell” as a biblical doctrine, and the danger of a fear based belief system. In these appendices, he addresses “The Jewish Underpinnings of Christianity,” the evolution of belief in Yahweh (tracing Israel’s polytheism to a gradual acceptance of monotheism and Yahweh as the sole creator God), the gentrification of God (“How God Became a Christian” and “How Jesus Became God”), the “Rise of Christianity” and the birth and politicalization of American Evangelicalism, a discussion on the evolution of a belief in Hell, and finally concluding with remarks on the fear tactics of religion (“Will God throw me in hell if I’m wrong?”).

These last sections, the appendices dealing with the evolution of religion and the history of the church, will be interesting to those who would like an overview of how Judaism and Christianity have changed over the centuries and how we’ve come to where we are now. Take them for what the author intends: a crash course. There is a lot of information crammed into a few pages, and, unfortunately, they bear the mark of “crammed” information: some of the details are confused and inaccurate. (For example, he mentions the Roman Empire splitting into two in 1054, when that actually occurred 700 years earlier, and he means the Great Schism when the Roman Catholic Church and Eastern Orthodoxy officially split. Or, conflating the Talmud with Jewish biblical writing from the 10th century BCE; listing Philo of Alexandria as an Essene; and a few others.) For the most part, these scattered errors will go unnoticed by the interested rapid reader, and the main ideas come through clearly. But a reader would be well advised to not rely exclusively on these notes as a primary source, and if interested, to dig deeper independently.

Rethinking Everything is an emotional and intellectual guide to letting go of a restrictive faith, and finding yourself in a new, more authentic and consistent freedom. You may not agree with everything Rymel writes, but if you find yourself dissatisfied with the narrow answers your religious tradition offers your questions, this book will be like someone holding your hand as you work your way out.