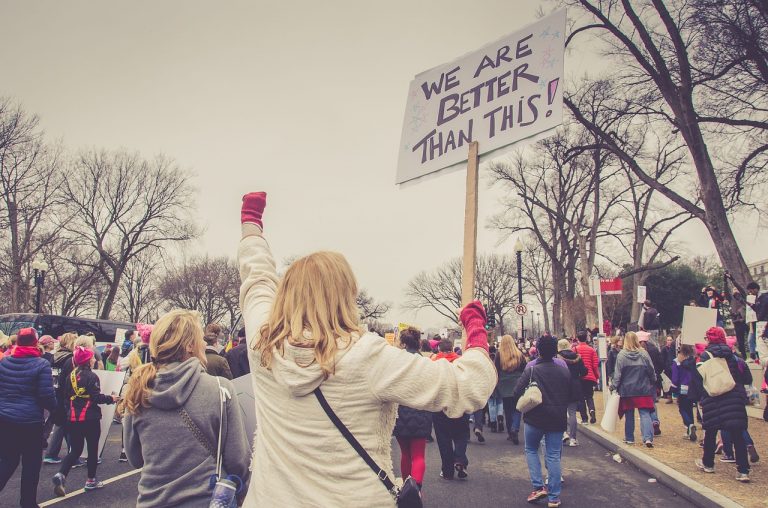 Tired of All the Negativity?

I keep seeing social media posts from people talking about how tired they are of hearing all the political rhetoric and negativity lately — whether it’s directed at the current administration or at the opposition.  Here’s the thing: Most of these posts, not all but most, are from older white Protestant males.  I, too, am an older white Protestant male, so I have no problem talking about this group.

(Okay, there are some from younger people, and some from females, but most of these seem to be also white Protestants.)

Of course, there’s nothing inherently wrong with being white, or Protestant, or male.  BUT, this is the group of people who are the least negatively affected by our “Nightmare on Pennsylvania Avenue.”  It’s like when I hear white folks say “Yes, racism is an issue, but now we’ve gone too far the other way.”

Really?  After years, decades, centuries of being the oppressor, of being the privileged class, society has gone too far the other way because other people are finally standing up for themselves?  They’ve endured all these many many years, and you can stand the heat for barely a second.  Even when “the heat” is not being able to discriminate against others.

“People  say, ‘If I were alive back then I would have…’ Well, you’re alive now. And what you’re doing now is what you would have done then!”

Instead of being tired of all the political posts and so-called negativity, you should be a part of it!  Because, it’s not negativity.  It’s activism! It’s a call for social justice! It’s participating in the process, not just sitting back on our couches wishing things would settle down.

If you have a decent bone in your body, you should be standing with total outrage against all the insanity that is currently going on in the White House. Vocally, actively standing!

By now you’ve probably seen the post that goes something like this:
“People  say, ‘If I were alive back then I would have…’ Well, you’re alive now. And what you’re doing now is what you would have done then!”

Seems true enough, doesn’t it?  Is that who you really want to be? The passive on-lookers while history repeats itself?

And the group that most vocally claims to speak for God also seems to be the group that is the least like Jesus. The least concerned about what’s happening to their neighbors. They’ve pretty much lost all claim to credibility or godliness. I’m pretty tired of that.

So, yeah, you’re tired of this. You’d like us all to just get over it, for life to be polite, to be civil.
It’s nice to have that luxury, isn’t it?