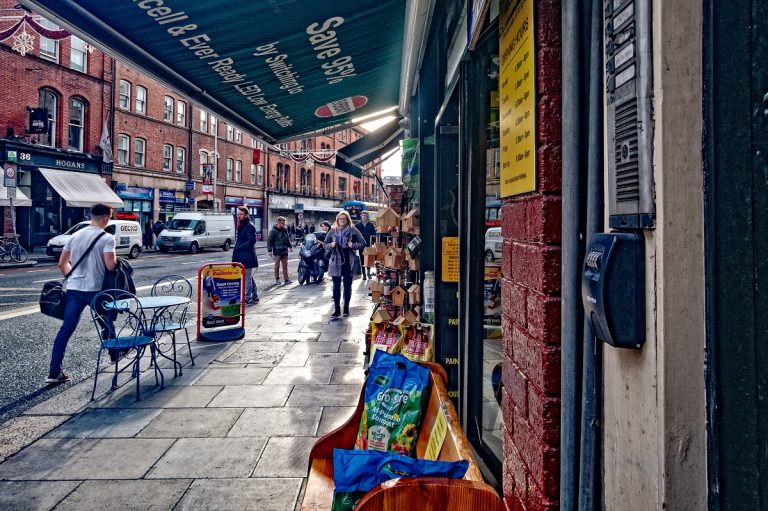 If you’re anything like us, one of the first things that you do when you find yourself in a new city is to get a feel for what the nightlife’s like. And when you’re visiting Dublin, Ireland’s capital and largest city, you can be sure that there’ll be no shortage of places to go for a quick drink.

Still, it’s not always easy to know where to get started, especially if you’re trying to seek out the local gay community. Sure, a little Googling can help you to find out what’s out there, but that won’t help you to figure out which spots are the best or the most popular amongst the locals.

That’s why we’ve created this list for you. If you’re planning on paying a visit to Dublin and you want to check out the city’s gay bars, you’re in luck. Here are five of the best of them.

The George is popular with a younger crowd, possibly because of its Thursty Thursday night which is a big hit with students. It prides itself on the fact that it’s not just a gay bar, but rather that it’s the first port of call for younger, gay visitors to the capital. It’s a great place to go first if only to ask for a few recommendations.

This LGBT nightclub can be found at 23 Eustace Street and it’s known for its electro and disco nights every Saturday. It also puts on plenty of live music from acts including Scissor Sisters, Little Boots and Grace Jones. Be warned, though, that it’s strictly over-21s only, so be sure to bring ID if you want to get in.

PantiBar is more of a gay pub, and it’s known throughout the city for its epic atmosphere and for the friendliness of the staff. It puts on regular events and even offers up locally-brewed Panti’s Pale Ale. It’s owned by iconic Dublin drag queen Miss Panti, which is probably why the stage is so prominently placed at the end of the bar. This is one that you won’t want to miss.

Street66 took over the premises that used to be The Front Lounge, and they quickly made a splash and even ranked as finalists in the Best Gin Bar and the Best Newcomer Bar of the Year awards. They have their own limited edition beer and serve a huge variety of beers, wines and spirits. They also have great taste in music, making it a pretty good spot to catch up with friends over a drink or two.

Euphoria is a night as opposed to a club, but it takes place twice a month at Button Factory and includes multiple rooms of house music to keep you dancing through the night. They say that they’re not just a nightclub but an experience, and they back that up with everything from GoGo dancers to big name DJs like Daniele D’alessandro and Massimo Paramour.

Dublin is a gay-friendly city and so even if you just stop into a random pub or club, you’re unlikely to have a problem. It’s a diverse, welcoming place in general, but if you want to get a feel for the local gay scene then you could do much worse than visiting these five spots. Have a drink for us while you’re there.