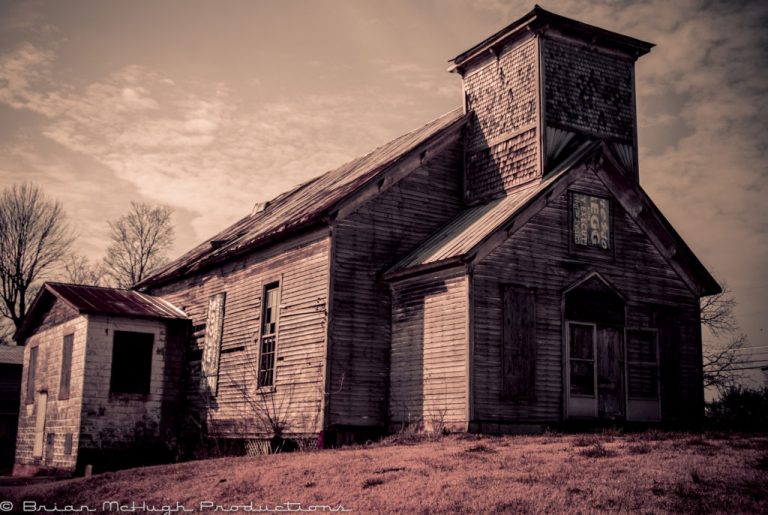 “THE STORY GOES THAT A PUBLIC SINNER WAS EXCOMMUNICATED AND FORBIDDEN ENTRY TO THE CHURCH. HE TOOK HIS WOES TO GOD. ‘THEY WON’T LET ME IN, LORD, BECAUSE I AM A SINNER.’

‘WHAT ARE YOU COMPLAINING ABOUT?’ SAID GOD. ‘THEY WON’T LET ME IN EITHER.” ― BRENNAN MANNING, THE RAGAMUFFIN GOSPEL

As far back as I can remember, I’ve had a vivid imagination. Growing up, I remember making these drawings of motor homes that were “bigger on the inside”, creating floor plans of my own version of the Knight Bus, making up teams of superheroes. In sixth grade, I told this elaborate lie to a teacher about an upcoming record deal with a well known Christian music label. I didn’t know back then about my Enneagram type – Four – or about my deeply felt desire to be special and unique, a desire born out of my fear of abandonment. I envisioned opening restaurants and nightclubs that would draw crowds in by the thousands, making a name for myself.

Most of the time, when I look back on this bright-eyed child with such a deep longing to be seen and to be known, I remember his pain and how desperate he was to cover it up with anything in arm’s reach. Spending time with the elderly people at church because they were safer than his peers, less likely to ridicule his effeminate traits and his surfacing sexuality. Singing with the adult praise team as a way of coping with his fear of hell. Crying at night after telling his best friend about his attractions and struggles and being met with loss and criticism.

In a religious culture that taught me I was a worm, a wretch, a sinner undeserving of God’s love, compassion, and forgiveness, I had no problem believing that, when God looked at me, all God saw was my filth, my brokenness, and my utter irreparability. I was shit, and despite my best efforts, that was never going to change.

IT IS AN ABSOLUTE HUMAN CERTAINTY THAT NO ONE CAN KNOW HIS OWN BEAUTY OR PERCEIVE A SENSE OF HIS OWN WORTH UNTIL IT HAS BEEN REFLECTED BACK TO HIM IN THE MIRROR OF ANOTHER LOVING, CARING HUMAN BEING. ― JOHN JOSEPH POWELL

Over the course of the rest of my adolescence, I continued trying to change my sexual identity. My depression deepened, and while my love for God grew, I felt God’s love for me gradually diminish. Knowing the inevitable end result of my efforts, at 20 I finally conceded defeat – or what I thought then was defeat. I started identifying as gay, and I stopped calling myself a Christian. The church I knew made it abundantly clear that such antithetical identities could never coexist. Though I know now how deeply many people loved me, most of all my mother and my grandmother, I could not see beyond my pain and my sense of loss. No amount of sex, alcohol, nicotine, or imagined stories about a happy life could assuage the pain of this chasm between me and God.

I found my back into church, got married to my former (male) partner, left the church again (this time of my own volition), got divorced, re-encountered my call into ministry, lost my job in said ministry setting, and now am working for a startup company doing work within my range of skills yet not even closely adjacent to my sense of call. And yes, I just did a massive fast-forward. Take a breath…

IT IS NOT OUR DIFFERENCES THAT DIVIDE US. IT IS OUR INABILITY TO RECOGNIZE, ACCEPT, AND CELEBRATE THOSE DIFFERENCES. ― AUDRE LORDE

By now, I’m sure many of you have heard about the Nashville Statement. Put forth by the Council on Biblical Manhood and Womanhood, this 14-article credo can only be described as PTSD in written form for me and many others who both love (or at one point, loved) Jesus and identify as some kind of sexual or gender minority (LGBTQIA). When news of the statement first hit my social media feeds, I didn’t need to read it to have some clue about its contents or its signatories, which include well-known Evangelical Christian leaders like John Piper, James Dobson, Tony Perkins, John MacArthur, and many others. I figured it said something about me and the people like me, about how we delude ourselves into thinking God created us as some kind of queer, about how we are living in sin but “there’s hope.”

I probably shouldn’t have read it, especially considering how long it’s been since I’ve had a regular therapy session. But still, I wanted to know what it said. While I don’t like to think of conservative Evangelical Christians as my enemies, and while I do my best to view them through a lens of compassion and understanding, this doesn’t mean I stay completely unguarded against their harmful and often personal attacks on me and mine. I know better than to go into conversations with this type of Christian thinking I’ll come out unscathed if I don’t have some shields drawn.

…FOR THERE IS NOTHING HEAVIER THAN COMPASSION. NOT EVEN ONE’S OWN PAIN WEIGHS SO HEAVY AS THE PAIN ONE FEELS WITH SOMEONE, FOR SOMEONE, A PAIN INTENSIFIED BY THE IMAGINATION AND PROLONGED BY A HUNDRED ECHOES. ― MILAN KUNDERA

Talking with my best friend, Paige, a United Methodist pastor in East Ohio, I told her I’d read it. “Oh honey… how is it with your soul,” she responded, quoting the old Methodist adage. Friends since we were in seminary together, Paige and I have spent many a night learning how to be vulnerable with each other, how to support each other through personal and professional hardships, how to navigate boundaries and expectations. She has a knack for knowing when something might affect me deeply, even before I’m fully aware. The Nashville Statement was no different.

I shared about how painful it can be to read a statement full of language I grew up hearing, language that says my self-conception as a gay man is unholy and in direct opposition to God and God’s will for my life, language that calls my attraction to men immoral, or worse, simply bad. I spoke of the sadness I felt when I first decided to stop trying to be straight, the hopelessness and despair that followed, and the still-present grief and questioning. Though I know now my sexuality is a part of who and how God created me to be, the path to finding peace with my faith has had its valleys and potholes.

The most surprising part of my conversation with Paige was how I spoke of the Nashville Statement’s writers, signatories, and other proponents. Though their words are painful to hear and read, I have to believe that these people, people who would ask the impossible of me, are still Beloved Children of God, worthy of compassion, dignity, respect, and even understanding — perhaps the very responses they would struggle to give me, a man so wholly other from themselves. I told her, “I can’t hate them. I can be angry with their words. I can find their beliefs repulsive and infuriating. But the people themselves… I have to still try and love them.”

“You are way more generous or compassionate than I could ever be,” she replied. Oddly enough, I’ve heard other friends respond similarly. I don’t know why I choose to still be in relationship or conversation with those who expect my eternity to be spent in Hell, but I simply can’t not try. These are the men and women who I might encounter in the hospital bed, whose spiritual and emotional care would be entrusted to me as their chaplain, or maybe one day, as their pastor. Sometimes your sheep piss you off, but you still have to love and watch over them.

…back to the beginning…

The other night, during a bout of insomnia, I slipped back into my imaginative patterns of childhood, only this time, my dreaming took a much different turn. I wondered what it would be like to go back to earlier versions of myself and impart some of the wisdom that has come with age.

To my 15-year-old self, “Don’t leave that floppy disk lying around — you know the one. If you want your parents to know you’re gay, just tell them. It’ll be okay… oh, and make sure you take speech class so you can get that full ride. It’ll save you a crapload of money.”

To my 20-something self, “Don’t ever start smoking. Seriously. And don’t get those credit cards. Don’t speed through yellow lights. And stay away from Jagermeister. And that one guy, Gordon. He’s bad news for you. And if you end up working at Thresholds, don’t fuck it up. When you don’t want to do a job anymore, be an adult and just leave…”

Be honest. Be kind. Take a few deep breaths before opting for your anxiety medication. Spend more time outside. Skip the cookies every now and then, especially if you’re eating them to numb some kind of pain.

You know those people who think you’re nothing more than a faggot?
They’re wrong.
You are so much more.
You aren’t dirty or disgusting.
You aren’t going to hell just because you like men.
You aren’t too much or too little.
You are enough.
You are seen, and valued, and important.
Even in those times when all you feel is the heartbreak and the rejection,
You are loved beyond your wildest imagination.

MICHAEL OVERMAN is a graduate of Garrett-Evangelical Theological Seminary in Evanston, IL. As a self-admitted “old soul”, Michael is more than comfortable asking the tough questions and not having immediate answers. Michael is passionate about all things interfaith, challenging the religious status quo — and baking whenever possible.

As he says, “Running from God is easy… running back to God is anything but.”  He tried parish ministry. Too hot. He tried the nonprofit sector. Too cold.  He finally tried hospital chaplaincy. Just right.

Michael currently lives in Vancouver, WA, and he loves chocolate, wine, and scifi.

Check out more of Michael’s writing at www.findingthebalance.net.