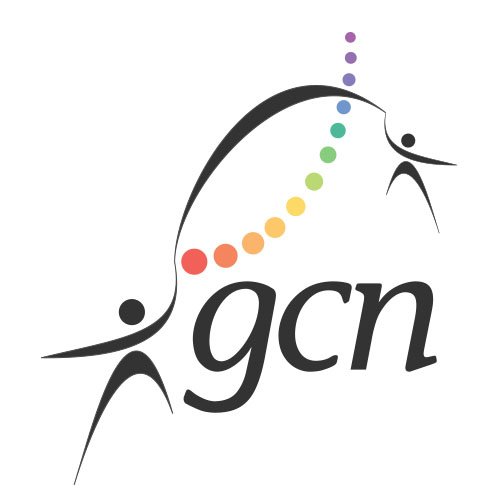 End of an Era: GCN and Justin Lee part ways That’s what shook Facebook and social media July 19th. And the posts and comments exploded. What happened? Why? Who’s to blame? What happens next, what about …?

A pillar of the LGBTQ Christian community is crumbling. GCN — the Gay Christian Network — and its founder and executive director, Justin Lee, released joint statements that they were parting ways, and that the organization plans to change its name. The effective date of Lee’s departure looked backwards two months to  May 4, 2017, with the new name to be announced in the near future.  Both Lee and the board of directors at GCN have agreed not to publicly discuss the details. And that’s fueling rampant speculation, as members try to fill in the missing pieces. GCN was started in 2001 by Lee as a way for gay Christians to connect online and provide mutual support as they navigated the precarious process of reconciling faith and sexuality in a religious world hostile to homosexuality. The website offered discussion boards where members could post notes and others could respond. What seems almost primitive now in retrospect, at the time was revolutionary. Up until that time, most LGBT Christians wrestled with coming to terms with their identity alone, often afraid to tell family or even their closest friends that they were gay. Stumbling across a website where dozens, then hundreds, then thousands, of like-minded people could leave messages of encouragement for each other was without exaggeration, a lifeline. There were few other options. It would be another three years before Facebook was even created.

It is largely due to the popularity and success of GCN that the words “Gay Christian” are such a common topic of discussion in church life these days. In the last few years, as American culture became more receptive to the idea, Lee began shifting focus from simply creating a “safe place” for LGBT people of faith to a more active role in “building bridges” inside the Christian community, promoting dialogue between affirming and nonaffirming groups.

But as society rapidly evolved, so did the LGBTQ+ community, and the terminology it used to describe itself became more sophisticated. “Gay” could once serve as an umbrella term for most of the sexual diversity within the community, but soon became inadequate as a label for those who were not cis male homosexuals. This has become even more acutely the case as awareness of the wide variety of human sexual and gender expressions has exploded in the past few years. Trans* people, though part of the LGBT/GLBT acronym, are not necessarily “gay”. Neither are bisexuals, asexuals, intersexuals, gender-nonconforming people, or a host of other sexual and gender minorities. And this has been hinted at in the public statement as one of the reasons for renaming the organization “to one that better refects the diversity of the ministry and the community we serve.”

Lee will continue his mission independently, writing, speaking publicly and being an advocate for full LGBTQ acceptance in the Christian church, operating under his new website, JustinSpeaks.com. And GCN, under a yet-to-be-revealed new name, will continue its work in the LGBTQ Christian movement.

For many LGBTQ people of faith, it is the end of an era. Doubtless, further details will trickle out over the coming weeks.  But whatever prompted this abrupt change, Justin Lee and GCN will be recorded in church history books as being major influences in 21st century Christianity.

Their public statements are reproduced below.

Joint Announcement from the Board of GCN and Justin Lee:

Due to irreconcilable differences about the direction and future of the organization, Justin Lee and the GCN Board of Directors have agreed to his amicable separation from the organization. Justin Lee will no longer serve as the executive director of GCN, effective May 4, 2017. Neither Justin nor the Board will publicly discuss the reasons behind Justin’s departure other than to affirm that it was a practical business decision intended to allow for the growth of this important work.

Both Justin and the GCN Board of Directors remain committed to pursuing the mission of creating “…a world in which the next generation of LGBTQ youth will grow up fully loved and embraced by their families, churches, and neighbors; and where Christians worldwide will live up to their calling as instruments of grace and defenders of the outcast.” We remain allies in continuing our work for the LGBTQ Christian movement.

As announced at the 2017 Pittsburgh Conference, the Board reaffirms its previous commitment to changing the name of the organization to one that better reflects the diversity of the ministry and the community we serve. Recognizing the long history of Justin’s connection with the GCN name, the Board has chosen to accelerate the timing of the name change and will announce it at the 2018 Denver Conference.

From the Board of GCN:

For 16 years the Gay Christian Network has been meeting the spiritual needs of the LGBTQ community throughout our nation. Justin Lee, our founder, has helped GCN become a vibrant and healthy community making a difference for those who have been treated unfairly by the church.

Through GCN and his excellent book, Torn, Justin has been a pioneer helping LGBTQ individuals accept the truth that God loves them, just as they are. Through GCN, he helped those people find a spiritual home. Because of Justin’s dedicated work, countless lives have been changed.

The GCN Board is pleased Justin will continue to speak, write, and produce content serving the LGBTQ community he so dearly loves. There have been no issues that would cause us to be anything but fully supportive of his continuing work in ministry. Those wishing to follow his work are encouraged to do so at JustinSpeaks.com.

Please join us in thanking Justin for his many years of service.

The Board of Directors
The Gay Christian Network, Inc.

I don’t have the words to say how grateful I am for all of your incredible support of me and of this work; the time, energy, and money you’ve committed to our shared mission has enabled us to accomplish things I never dreamed we could. Running this organization for the last 16 years has been absolutely the most incredible experience of my life, and I will always treasure the memories and the knowledge of how we’ve changed the world together.

As sad as I am to say goodbye, my hope and prayer for this organization is that it will always stay grounded in a passion for Jesus Christ and uphold an ongoing commitment to living out His light and love in all things. In Christ, anything is possible, and yet there are still so many people who have experienced the gospel as a hindrance rather than a hope, who’ve been led to believe that God doesn’t love them—or at least that the church doesn’t—and who feel all alone. They need to know they’re never alone.

As for me, I continue to feel a calling to change hearts and minds in the church for the sake of those who still don’t have that support. Even though I am no longer involved at GCN, I will still be speaking out on the issues that matter to our community and doing all I can to support those in need. I’m as passionate about this work today as I was back in 2001, when GCN was just a website I was running out of my apartment! In the days ahead, I will share more at JustinSpeaks.com about my future plans, and I would love to hear from you there.

Thank you again for your love and support. To those I’ve had the privilege of interacting with over the years, I sincerely hope our paths will cross again in the future. If not, you will certainly be on my heart and in my prayers. Love to you all, and may God bless you.

Constantino Khalaf, our Director of Operations, will continue to direct the GCN staff in preparation for the 2018 Conference in Denver, the October 2017 Youth Retreat in Wilkes-Barre, PA in October, and the other ongoing offerings of GCN.

We ask for your prayers for Justin, and for GCN, as we all work to create vibrant spiritual opportunities for LGBTQ people of faith.