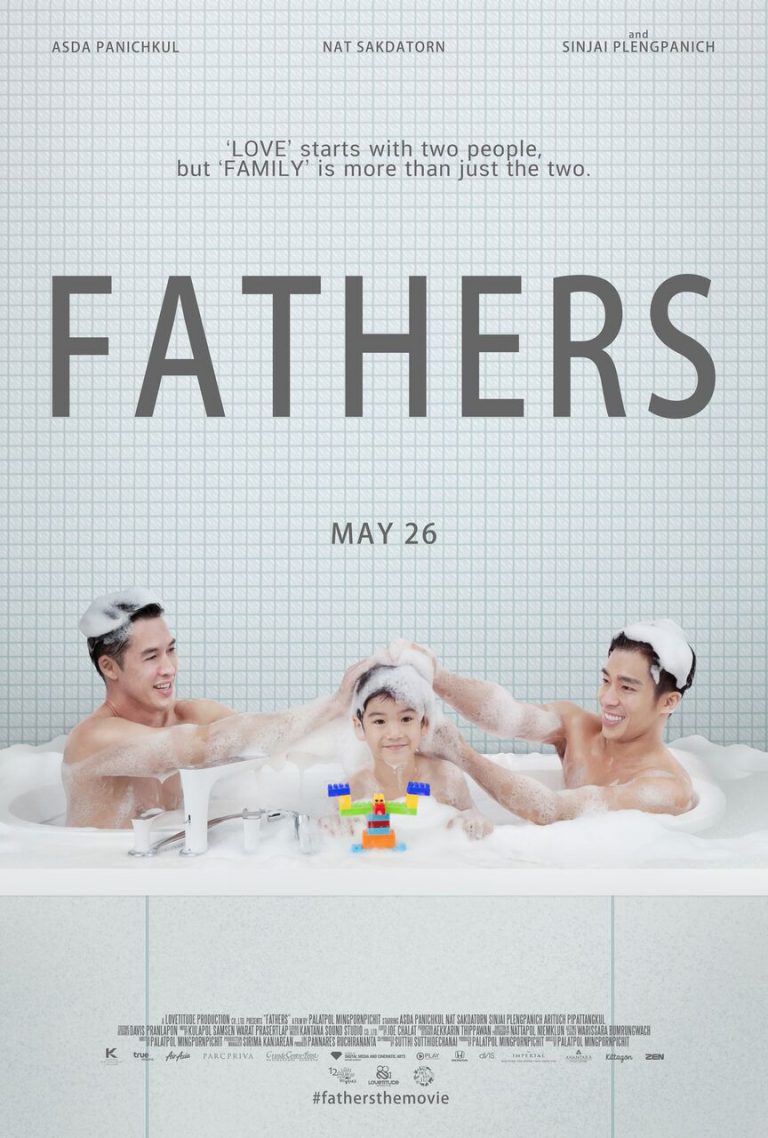 There are so few films out there about gay parenting (“The Kids are All Right” being one of them), so when a fresh take on being gay dads comes out, especially from outside the U.S., we should pay special attention.  And this film doesn’t disappoint.

Gay couple Phoon and Yuke want nothing more than to start their own family. Their dream finally becomes a reality when they adopt an abandoned baby boy named Butr, completing their household.

However, the boy is blissfully unaware that having two fathers is unusual, and he gets bullied by other children for not having a “normal” parental situation. And when a Children’s Rights Protection Organization starts putting pressure on the two fathers, their family unit must fight harder than ever to stick together. Director Platpol Mingpornpichit depicts in a beautiful and touching way the complexities of fatherhood in modern day Thailand where same sex couples do not have the same rights as heterosexual couples. (The fight for legal equality is slowing gaining ground in Thailand, and spurred on by public pressure, the Ministry of Justice has vowed to take action on a stalled bill on gay rights.)

The film is available to stream, only on FilmDoo, beginning June 16th, 2017.

Watch the official trailer below.

Check out more clips from the movie on YouTube.