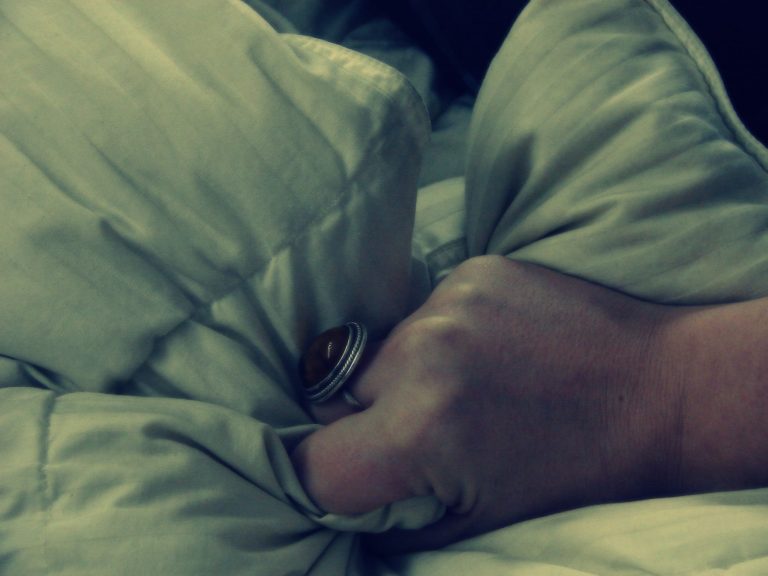 When I Became a Sexual Compulsive In 2013, I was sick with heartbreak. My boyfriend, on a sunny January day in Baltimore, broke up with me.

He was a conservative Christian, and so was I. We both believed that homosexuality was not God’s best for humanity, and that it would be a sin to act on it. And yet, here we were: deeply in love, and now deeply heartbroken. We had lived in a horrible in-between place, unable to change our beliefs and unable to stop loving each other. The dissonance drove us mad, and it ended in him breaking up with me. I’d never known such rending emotional pain.

In the months following the break up, I fled to sex. I’d never had sex with a man before my ex-boyfriend. The horrible coldness of our undead relationship – a relationship that was deeply intimate and yet deeply tortured about that intimacy – was so deep and so penetrating to me that I needed some kind of human, bodily warmth. And I needed to get away from the icy coldness of Orthodox Christianity, which had condemned me for all my life to a box of untouchableness. While others were able to touch, kiss, have sex, get married, I was condemned to the sidelines. What was sinful for me was not sinful for the rest of humanity. That isolation from my sexual self, crystalized by grief, was driving me to madness, and I needed the warmth and reality and physicality of sex.

At first, the sex helped. It felt like a warm blanket and a fireplace on a cold winter day, thawing me out, bringing feeling back to my humanity, bringing me out of my numbness. Sex can be healing, and it was like a balm to my soul. The guys I slept with were kind, considerate, fun, smart.

I don’t know when it all started to slide – when it turned from medicinal to compulsive. Somewhere along the way, I got lost. I lost sight of the path I was walking. Perhaps I’d been lost the whole time, just following a rabbit trail until finally I had no way home.

I became deeply compulsive. I lost nearly all of 2014 to hooking up and looking for sex. School was delayed for another year. I spent hours and hours on Grindr, obsessively cruising. I would hook up with one man during the evening and then hookup with another man the next morning. I was losing control, sliding away, but I didn’t care: my grief was so intense.

I was, at that point, no longer grieving for my ex but now grieving for my faith – a faith that I loved and yet felt barred from. I was raised deep within the warm belly of American Christianity. The Christian faith was my home; it was where I ran to when I needed comfort; it was my family, my rest, my guidance. All of that felt destroyed, now. I still believed in Christianity, but I was barred from it or, somehow even worse, destroying it: denominations and centuries old institutions were splitting and bleeding because of people just like me. If anything made me feel untouchable, it was that. More than how exclusive the church was, I hated how much the LGBT issue was tearing it limb from limb.

Accompanying my grief was an icy and devastating depression – it laid hold of me and deepened, deepened, deepened. I would wake up in the morning and go to bed at night wanting nothing more than a silent, hidden room where I could hide and never be seen or touched again. I started dreaming about this room, and the merciful stillness and emptiness it brought me. I would go up into the mountains to hide in my depression, get away from the clamor of all the world that I felt hated me.

Standing there, on the threshold of something terrifying and mind-dissolvingly pleasurable, I almost said yes. Instead, I stammered out, “I don’t do that,” and I fled. But I was deeply shaken. If I were more exhausted, more horny, more desperate – even just a little bit – I would have said yes. I knew that I was close to plunging into depths I’d never seen before, that my despair was pushing me to extreme self destruction. I felt absolutely helpless to do anything about it. It became clear to me: I was sexually compulsive to the point of not knowing how to change myself. I had always loved sex and wanted more of it – that much is normal – but this went beyond love of sex. this was a carnivorous need that was eating me alive, consuming every thought and moment and ounce of energy.

Redemption came to me by way of Scruff. A gay pastor had set up a profile on Scruff which read: “not looking for sex, I am happily married to a man. I am a pastor, and if you need someone to talk to, just message me.”

I started to message him, late at night after hooking up. Pastor Tom was my one source of consolation, there in the blackness of compulsive sex. Eventually, we met in person, and then I started attending his church. He helped me get back on my feet; helped me get into a 12-step program for relationships, and helped me get into therapy and onto mood stabilizing meds. I finally stopped hooking up completely in November of 2014. Two weeks later, I met my boyfriend: an incredible, safe, sensitive, beautiful, smart and gentle man. He was safe to break with, be sexual with, and have a total meltdown with. With my partner, I started to heal.

Now, I am discovering wholeness. That wholeness is due, in large part, to the willingness to accept that sexuality is human. With some important exceptions, people are sexual, and people have sex. I am a person, and I have sex. That does not make me weak, or shallow. Sex is complicated. Trying to tame it and simplify it and put it into boxes of absolute rights and wrongs only hurts people, as it hurt me. I am dedicated to monogamy, I still believe in a sexual ethic, but I also embrace gray spaces – is it wrong to have sex before marriage? Is it wrong to explore? My only answer is that we are human, and that right and wrong may not be as relevant as we think it is. What matters most, perhaps, is wholeness and integrity.

I reached the point where I could no longer afford to entertain the Church’s morality: my life was on the line. Many people – too many people – are in a similar situation. The Church must struggle with this reality, and find an adequate response; that response starts with listening. Now, as I live in a new sphere of faith and relationship, I am only thankful that whatever shambles of a Christian faith I have is still intact. Many are not so lucky.

STEPHEN BRADFORD LONG is a LGBT writer, yoga teacher, and esoteric Christian, exploring the dissonance of everyday faith. He spends his days thinking about faith, theology, philosophy, books, and drinking lots, and lots of coffee.

He blogs every Monday morning at SBradfordLong.com, and you may also follow him on Twitter @stephenblong
[/box]