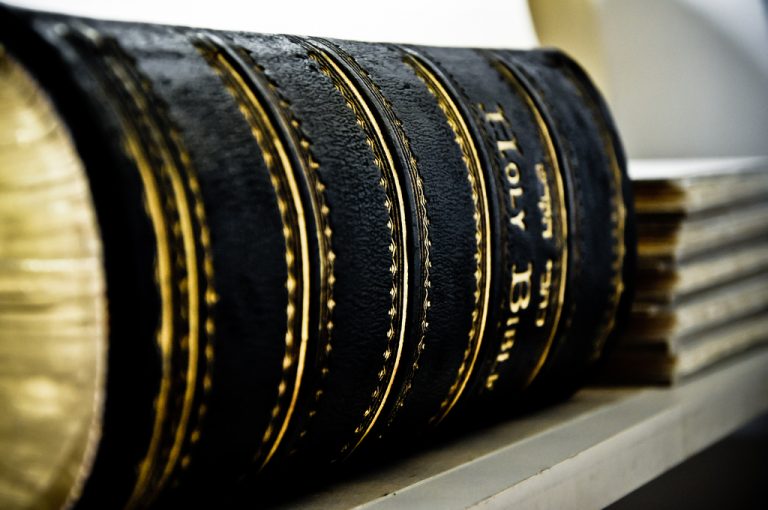 This morning, as I was scrolling through my feedly app, I came across a particular post from an ex-gay blog called “Your Other Brothers.” (They would probably object to being labeled as ex-gay, but that to me seems the best approximation of their work.) Much as I disagree with the guys on the blog, I enjoy reading them. They are figuring life out the best way they can, and I relate to their journey – mine was very similar to theirs before I came to fully embrace being gay.

The post in question was a discussion about Trey Pearson, the Christian rockstar and frontman of Everyday Sunday who recently came out as gay. One sentence read, “I can see his heart behind coming out, coming to terms with his sexuality, and all that. But it’s all heart. He’s leading by feeling in lieu of fact.” The simple fact being, I assume, that the Bible is clear, and that no amount of human suffering should dissuade us from that clarity. This is clearly seen as a strength among many Christians, but I see it as anything but.

This “Your Other Brothers” post is just one example of a trend I see everywhere in Christendom. It’s disturbing. I’d even call it psychopathic, meaning an inability to experience empathy. More and more, I see some of my fellow Christians favoring theological and intellectual consistency over the heart.

I must make something immediately clear: I don’t believe the good men over at the YOB blog are psychopaths – nowhere close. I think they do feel a great deal of empathy – they’ve lived the hell of being same-sex attracted in the church themselves. Nor do I think the wider church is psychopathic, either. Rather, be it through bias, or fear, or pain, or simply where their journey has led them, many Evangelicals have come to a system of thought that dismisses experience and the heart as valid evidence. It is not the people who are psychopathic, but the theological systems that are psychopathic.

People like me – people who believe that affirming gay marriage is an act of the Kingdom of God, and firmly believe that the suffering of LGBT caused by the traditional ethic is wrong – are often told, “stop emotionalizing the issue.” This baffles me, and it horrifies me. We are not emotionalizing the LGBT issue, but humanizing it.

The Evangelical Christianity I see, more and more, is a church that doesn’t want to be bothered with the messiness of human experience. It doesn’t want to be confused by experiences, or the heart, when it comes to understanding truth. The heart is, after all, wicked and deceitful above all things.  (It never seems to occur to us that, if the heart is deceitfully wicked above all things, then so is the mind, and we are ultimately lost at sea, with no way of seeing or understanding truth. Why is the heart such a wicked thing, but the intellect and “plain sense” get a free pass? The intellect has famously led humanity astray, just as much as the heart.)

What’s trustworthy is the mind – cold, calcuated, reasonable, safe. What’s trustworthy is a psychopathic intellect, devoid of empathy, where the answers are clear and self-evident and unconcerned with such paltry things as suffering. It’s comfortable, no doubt. It must certainly be comfortable to cast Trey Pearson’s suffering as tragic but ultimately insignificant when it comes to truth. His years of pain are certainly unfortunate, but they must not distract us from what we know to be true.

This is a Christianity I want no part of.

A Christianity that is not informed by the heart is a monster.

A Christianity unwilling to be informed by the suffering of others, and unwilling to say, “I might be wrong” in the face of suffering, is a Christianty established to protect the abusive status quo.

A rationality that does not calibrate evidence of the heart is not rational, and certainly not “factual.”

We can’t toss out Scripture and Tradition, but neither must we throw away the heart and experience. Without the humanizing influence of experience, we become theological Daleks.

Christ invites us into discomfort. Christ is to be found in the silent suffering of Trey Pearson. As Trey unveils his suffering to the world, though, I see too many Christians scrambling to protect themselves, rather than engaging with the Christ at the heart of Trey’s suffering. I see people feeling sad or threatened, declaring how he should have done his life better – he shouldn’t have divorced his wife: “Why, I struggle with same sex attraction and I’ve never divorced my wife.” How dare we? How fucking dare we? How dare we presume to lecture, presume to know what the secret room of his marriage was like? How dare we respond to his admission with anything other than attentive silence?

The willingness to engage fully in suffering will fuck up our lives, our theology, and our comfort. It will, inevitably, destroy our certainties and leave us with many questions. I am endlessly horrified by a church that lacks the humility to ask questions about LGBT people. I am endlessly appalled by a church unwilling to even consider the possibility of being wrong, a church that would rather preserve theological consistency than be plunged into uncomfortable questions by the pain of LGBT people.

Yes, this is hard. Nearly impossible, in fact, and it’s terrifying. But sometimes we simply need to get over ourselves, deal with it, and jump into the deep end of the pool, and confront our fear of drowning. Questions are where we encounter God. Questions and uncertainty are the ultimate act of worship, because we have been knocked from our little thrones, and we finally admit that God is God, and we are not.

STEPHEN BRADFORD LONG is a LGBT writer, yoga teacher, and esoteric Christian, exploring the dissonance of everyday faith. He spends his days thinking about faith, theology, philosophy, books, and drinking lots, and lots of coffee.

He blogs every Monday morning at SBradfordLong.com, and you may also follow him on Twitter @stephenblong
[/box]