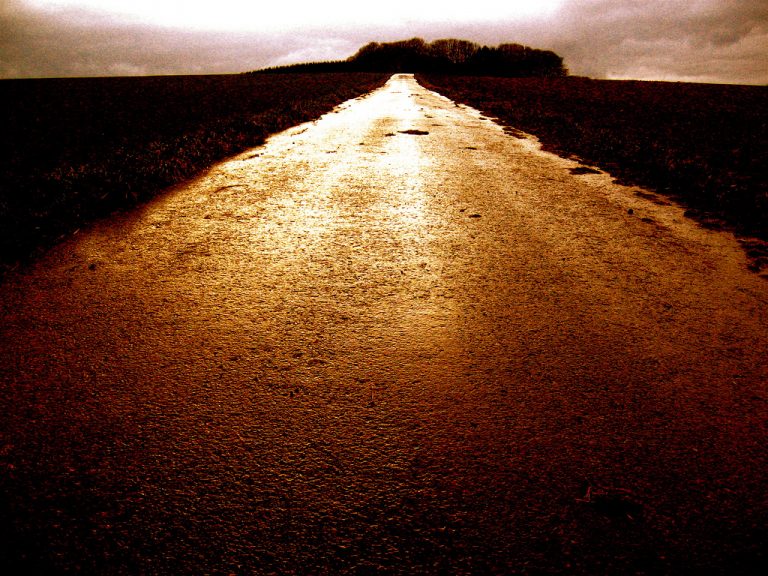 My Journey, My Scars I had the honor of sitting on a panel for my school’s Queer Student Union a few weeks ago. I was asked to speak as, what else, but a queer person of faith, a perspective that I have shared numerous times by now. I was joined by one of my professors — a longtime mentor of mine — who is a lesbian rabbi, as well as three other queer students who identify as Muslim, Catholic, and atheist.

When I was initially contacted to speak on this panel, I replied with some trepidation, because my religious identity and worldview had changed. By then I had already stepped down from my posts in queer Hindu activist circles. I had come back to Christianity, albeit as an Episcopalian and not a Roman Catholic. I explained this briefly to the organizer of the panel, who told me not to worry: the point of the panel was for participants to share their journeys and experiences.

Still, I was nervous, and I was a bit of a bumbling, anxious mess that night. I left feeling misunderstood. Later, while walking with my professor to her car, she told me I did well, and I thanked her and expressed that I still felt super self-conscious about it all. She told me not to worry, it was good that I was there, because I showed my fellow students that things change. My professor’s words were comforting to me, but I continued to feel at odds with my story, even though it is my story.

I’m not entirely certain as to why I’ve felt this way. Perhaps it’s an external pressure to have a clean, concise narrative and conception of my self, to be relatable and understandable, to have an “elevator speech” about my journey ready at all times. My story is too “weird” for people. I’m all over the place and, until finding the Episcopal Church, haven’t felt completely comfortable and at home anywhere.

This discomfort with my own narrative fed into my own shame over my body.

When I was initiated into the Sri Vaishnava sect of Hinduism, I received a brand on either shoulder — a conch shell on the left, a chakra or discus on the right; the sacred symbols of Vishnu. For initiates of Sri Vaishnavism, receiving these symbols has a two-fold purpose: The heat of the brand upon the flesh purges the initiate of their sins, and also marks their body as the sole property of God, to be used for God’s purposes.

One of my best friends, whom I still consider my Godbrother, branded me in this way, marking me as a member of this tradition. A year after receiving them however, I left that tradition, and Hinduism in general, but the brands were permanently etched onto my skin.

I will be honest with you — sometimes I have had days where, standing in the mirror shirtless, I have hated my brands. I already didn’t like my body — I looked in the mirror and saw a frail, weak, skinny, ugly person who couldn’t do anything for himself, who wasn’t attractive or lovable. Adding into that are these scars on my shoulders that represent a tradition that is no longer mine, a tradition that, while beautiful, no longer holds significance for me and, honestly, has been a source of pain for me.

Yet I will have to bear them on my shoulders for the rest of my life. I thought about getting them covered over with tattoos (or maybe incorporating them into sleeves). For all intents and purposes, I cannot have them removed. They will be with me forever. But, as I’ve begun to reclaim the sacredness of my body and lovingly embrace myself, I have also begun to accept my brands.

Things change, and decisions we make now will affect us for many years to come. But we don’t always have to regret such decisions. I might not be a Hindu anymore, I don’t believe in karma or samsara anymore, but that doesn’t change the fact that a year ago I made the conscious decision to dedicate myself, body and soul, for God’s purposes, and I was branded as a symbol of that decision.

And maybe the theological worldview of that attitude is completely different now, but the resolution is the same. These scars still hold deep meaning to me. I received these brands in the presence of my best friend and spiritual mentor, which is a gift unto itself, and they tie me to him in an intimate bond.

When I look in the mirror now, I remind myself that these brands marked me as God’s property. When my future partner asks me how and why I got these marks, I can share this story and tell him that, for me, they represent a dedication to a life of service to a power higher than myself.

While contemplating this, I was reminded of a famous quote from Audre Lorde, who so righteously said, “If I didn’t define myself for myself, I would be crunched into other people’s fantasies for me and eaten alive.” If I do not take ownership of my story, however unusual or weird I think it to be, all kinds of people will read whatever they want out of it for their own agenda.

A month ago, a former friend of mine from the Vaishnava community accused me of being a “spiritual tourist,” and subtly threatened me for leaving the faith. All I can say in response to that is that we are all spiritual tourists; we are born into this world for a span of time, and we leave it completely changed. None of us stay here forever. In that sense, I am a spiritual tourist, walking a winding, twisting road led by a faith in Jesus Christ, who has been present in all kinds of strange guises and in fellow pilgrims, and where this road leads I really have no idea.

But I am content to continue walking. People may not always understand why I go where I go, why I traveled where I traveled, and that is okay — I do not walk for their validation or praise. I walk for God.

I have a weird story, but it is mine.

This is my story, this is my journey, and these are my scars.

RICKY CINTRON is a young, inquisitive, queer Latino. He is a graduate of Temple University with a BA in Religion. During his long period of religious seeking, Ricky served and led many faith communities, particularly those for LGBTQ people of faith. He is particularly interested in interfaith work, LGBTQ advocacy, racial justice, and ending gun violence.

You can read more of his writing over on his blog, Intricate and Strange or follow him on Twitter @rickycint.