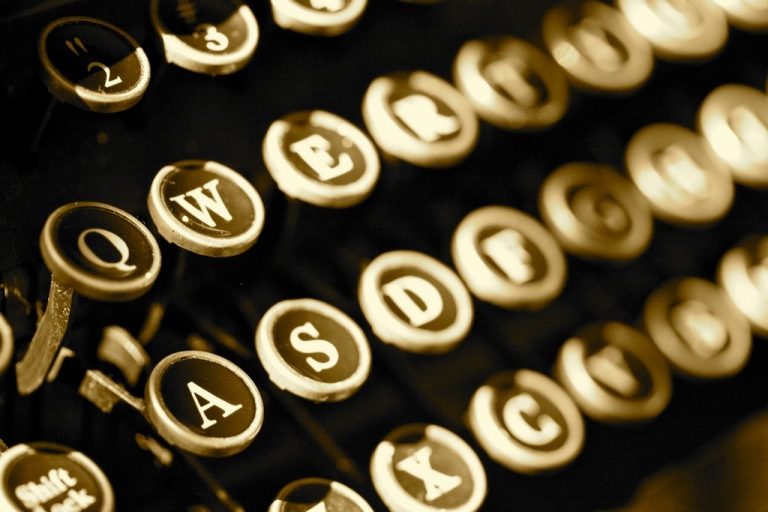 Bravery and Confidence‏. Sometimes you just gotta step out and take a chance Trey Pearson’s recent coming out was a living example of bravery and the importance of taking a chance. Reggie Sylvan looks at how LGBTQ Christian men should be brave, and uses a couple of Biblical passages to talk about how God calls us to have confidence and take a chance.

Over the last couple of days, I’ve been greatly inspired by Trey Pearson’s story. If I’m honest, I’d never heard of his band, Everyday Sunday, before. Christian rock isn’t really my genre. But I’m struck by how brave he has been. He is a prominent member of a band in the Christian music scene, and it would have been very easy, or at least safer, for him to keep quiet. To remain married with kids and live a life that was, ironically, less “controversial” than him being honest about who he is. But he chose not to. He risked a lot by coming out as the person that God made him and being his authentic self. And I can’t stop thinking about how incredibly brave he was.

If you were to look at me right now, you probably wouldn’t think I were being particularly brave. I’m sitting at my desk, in front of my computer, in my sweats, with a freshly brewed cup of coffee. My windows are open, letting in the slightly damp spring air, and I’m comfortable and warm. So, you might call me a lot of things (cozy, lazy, perhaps stinky if you knew how long I’d been wearing this same T-Shirt!), but “brave” probably wouldn’t be one of them.

Yet I feel brave.

I have this little fantasy constructed in my head of what my ideal life would be like. I think we all do, if we’re honest with ourselves. The ideal job, the ideal guy, the ideal house … the life that I want to have. And as long as I don’t do anything to try to achieve it, it can remain a lovely fantasy. I can’t fail, because I haven’t tried, and so it can continue to exist in some kind of nebulous, dreamy future to get me through the long nights.

Now granted, this venture for me isn’t as risky as coming out. This isn’t something that’s going to divide my family and friends. It’s not going to put my career at risk. It’s not as big as that. So why am I so scared of being unhappy about it not working out when I’m doing nothing to make it work? Why am I okay with not really living my life in the present, but scared of it not working out in the future? How exactly do I plan on achieving this life if I’m not doing anything to build it for myself?

Except that isn’t how life usually works, and it isn’t what other parts of the Bible teach.

For example, when Moses sent out the 12 spies to scout out Canaan, he told them:

“See what the land is like… How is the soil, is it fat or lean? Are there trees in it or not? Make an effort then to get some of the fruit of the land.” Now the time was the time of the first ripe grapes.
– Numbers 13:18-20

Some commentaries on this verse note that the reference to first ripe grapes places this event in July or August (see, for example, Matthew Henry’s Concise Commentary or Barnes’ Notes on the Bible). But, for our purposes, let’s look at it in more general terms. The grapes were ripening because it was their time. But those Israelites weren’t going to get any unless they went out to gather them. Just because the grapes were ripe didn’t mean they would be miraculously harvested!

Dreams don’t usually just happen because we wait for them. We’ve got to do our part to make them happen.

The other things that stands out here is that it’s an investment of time. Barnes notes that the first grapes ripen in Palestine in July and August, but the vintage is gathered in September and October. So the grapes they gather in those earlier months may not be used to create wine at all, and if they are, they will be added to the grapes that are collected a couple of months later. So the rewards of your action may not be immediate (which can be a bit discouraging if you’re putting yourself on the line and taking a chance), but they will come to you eventually — if we wait for the Lord.

Now as they observed the confidence of Peter and John and understood that they were uneducated and untrained men, they were amazed, and began to recognize them as having been with Jesus.
– Acts 4:13

Confidence is a tricky issue, particularly for men and especially for men of faith. We are expected by society to be confident, and often we masquerade behind bravado and bullshit. A lack of confidence is an assault to our masculinity, and we’d rather fake it until we make it than admit that we’re unsure. And yet we are also called to be humble. To me, humility and confidence seem like two contradictory concepts. How on earth can we be both?

For me, it’s clear that the confidence of Peter and John comes precisely from their humility. The words used in this passage are particularly interesting, and not well rendered in English. The first word doesn’t really mean “uneducated” as we would understand it, but rather “hasn’t studied in traditional rabbinic methods.” It makes it clear that they weren’t scribes, they weren’t experts in the Torah, and yet they knew things. They had learned from Jesus. Obviously, I don’t think this means we all have to start walking around making proclamations about things we don’t understand! What it does mean is that we shouldn’t be worried that someone else might be more formally trained than we are. We should be confident in what we do know, the things we have learned.

The second word would be better translated, in my opinion, as “a regular guy.” (The NIV reads, “they were unschooled, ordinary men.”) They were you and me. The guys who had been struggling to make ends meet, who worked jobs and went home to their families. Who had no real expectations on them to rise above the pack and be anything more than they were. But they did. Because they knew Jesus.

So there we are, gentlemen and ladies. As followers of Jesus, we have to be brave. We have to have confidence. We believe in God’s timing, but know that nothing is going to happen if we don’t take leaps and try things and fail and succeed…

Now it’s my turn. I’m looking at my word count and am at the point of no return. I’ve proofread what I’ve written. I’m ready to take the plunge and press “submit.” I’m stepping out. Wish me luck!

REGGIE SYLVAN studied English, Applied Linguistics and Classics, and enjoys combining these fields to enhance his walk with God. He’s a not-so-new newbie writer who feels ready to take a chance and see where a new stage of life takes him.