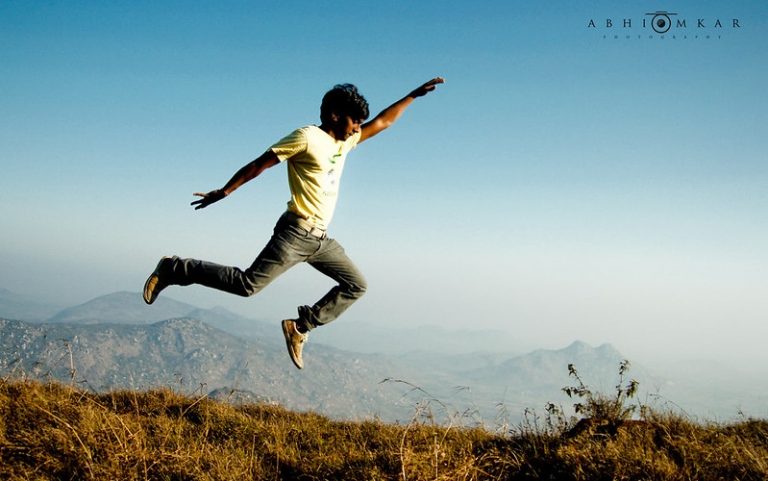 Now is the Time of Your Breakthrough. Or Maybe Not. 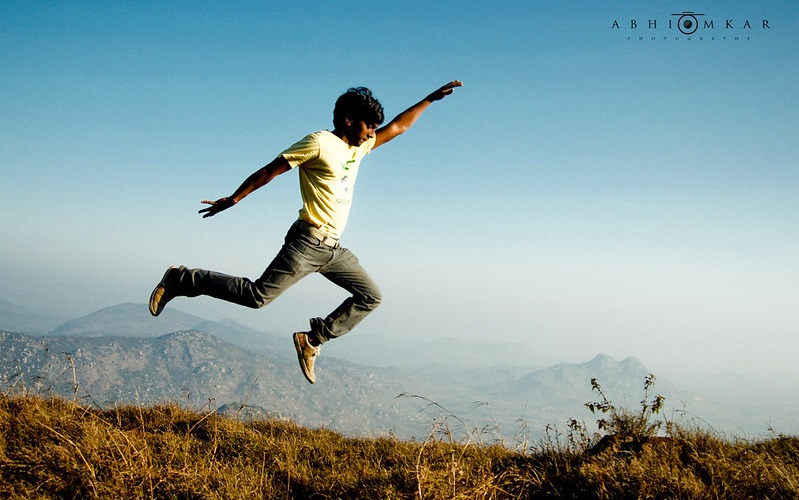 “God has a plan. God is working his plan. God’s plan includes you.”  Those were words printed in bold letters on a sign hung above the pulpit in a church I used to go to in Tulsa. The pastor wanted her people to know that their lives were not just stuck in the mud, that God was doing something in them and through them. God was working.

We all need that hope. We all need that reassurance that we’re part of something bigger, that our lives have significance and purpose. Or at least, many of us do. I do. And every once in a while we need someone to remind us that we’re on track.  That’s where encouragers come into play – I mean legitimate encouragers, those sensitive to the Spirit’s promptings who can offer words directly from God to those of us going through moments of self-doubt. I do not mean those false “prophets” who post memes on social media about “Now is the time of your breakthrough …” or “This is your year. This year God will bring all your dreams and plans to success.”

God does have a plan, and God does want your dreams to come true. He planted them in you, in your DNA, even before you were born. They are woven into the fabric of who you are. They’re not selfish, they’re part of the bigger picture, a piece in the cosmic puzzle, and without you fulfilling those dreams, that larger picture will never be complete.

But that does not at all mean that “now” is the time.

And while we all need general words of encouragement to “press on” from time to time, other well-meaning but misguided words claiming divine authority can do more damage than if they were never spoken at all. False prophets are dangerous. They can lead you down the wrong path or prompt you to do something way before the right time. And a good thing or even a well-meaning act at the wrong time can become a very, very wrong thing.

Let me throw a couple of bible examples at you.

Anybody hanging out in a Word-based church in past few decades has probably heard sermons on Abraham “Ishmael-ing it”.  God tells old Abe that he will have a son, and makes some stunning promises about how his descendants would affect the course of history. Abe is thrilled, of course, but he is also 75 years old. He waits for it to happen, but after a number of years of waiting for his wife to become pregnant, he thinks “now is the time” and gets the bright idea to have a child with his wife’s slave instead. Ishmael is born. There are some family complications, and Abe finally has to send Ishmael and his mother away. He missed it. And the son he was promised finally came when he was 99 years old – almost 25 years after the promise.

Abraham’s great-grandson Joseph has a divine dream, two of them in fact, that he would be a great leader of his people. He’s a hot-headed, spoiled little punk, and rubs his brothers’ noses in it. They end up selling him into slavery, and he ends up in an Egyptian prison for several years. Ultimately, all that works out to make him a well-equipped leader when he finally is appointed Prime Minister of Egypt … about 15 years after the inspired dreams.

And we all know the story of “The Ten Commandments.” Who hasn’t seen the movie? Moses is the chosen deliverer of the Israelites suffering in slavery in Egypt. At the age of 40 he decides “now is the time,” and ends up murdering an Egyptian man who was abusing a fellow Israelite. And then has to flee Egypt to escape justice. He ends up tending goats and sheep for the next 40 years before God finally calls him through a burning bush.

The New Testament opens with stories about this exotic character, John the Baptist. He has a miraculous birth, born to elderly, barren parents, complete with angelic visitations and prophesy. He was called and destined to be the forerunner of the great Deliverer of Israel, yet he ends up living in the wilderness, wearing shabby clothes eating bugs. Then one day, “the word of God came to him while he was in the wilderness.” “Now is the time,” and he began his famous preaching.  But he had to wait, to live his life, until that time came. He had to wait until the authentic “word from God” said “go.”

Even Jesus – now there was some miraculous birth scenes. Immaculate conception, Holy Spirit impregnation, angelic proclamations – that whole scene from “Charlie Brown’s Christmas” where Linus quotes from the gospel of Luke: “… and there in the same country shepherds abiding in the field, keeping watch over their flocks by night. And lo, the angel of the Lord came upon them, and the glory of the Lord shone round about them, and they were sore afraid …”  Yet even Jesus did not begin his ministry until he was baptized by John and the Spirit descended upon him, empowering and affirming him: “You are my beloved Son, in whom I am well pleased…” Only then does Jesus’ miraculous ministry begin.

The button line is that just because God has a plan, just because he’s given you dreams, does not mean that those dreams start now. You may not be ready yet. In each of the biblical examples just mentioned, there was a time of preparation.  The gospel writers say of both John and Jesus that they “grew in wisdom and in stature, in favor with God and with men.”  That is, they had some growing up to do. They weren’t ready to launch out into God’s promised plan or into their dream vocation right way. It took years before they were ready. And they had to wait for the divine green light: “now is the time.”  But that green light was legitimately divine, not just some positive word spoken by a feel-good, encouraging “prophet.”

God made some astounding promises to Abraham about his descendants, the nations of Israel and Ishmael. But they didn’t happen overnight. In fact, at one point, the nation was conquered by the Babylonians, and many of the people were yanked out of their homeland and taken into captivity to Babylon. They had their prophets claiming that God was about to rescue them and restore everything to its proper place.  But they lied. They were well-meaning, but they were wrong. And Jeremiah, a legit prophet of God, had this to say to them: “Settle in. Increase, grow. It’s gonna be a while, but I have plans for you …”

This is what the LORD Almighty, the God of Israel, says to all those I carried into exile from Jerusalem to Babylon: “Build houses and settle down; plant gardens and eat what they produce. Marry and have sons and daughters; find wives for your sons and give your daughters in marriage, so that they too may have sons and daughters. Increase in number there; do not decrease. Also, seek the peace and prosperity of the city to which I have carried you into exile. Pray to the LORD for it, because if it prospers, you too will prosper.” Yes, this is what the LORD Almighty, the God of Israel, says: “Do not let the prophets and diviners among you deceive you. Do not listen to the dreams you encourage them to have. They are prophesying lies to you in my name. I have not sent them,” declares the LORD.

This is what the LORD says: “When 70 years are completed in Babylon, I will come to you and fulfill my gracious promise … For I know the plans I have for you,” declares the LORD, “plans to prosper you and not to harm you, plans to give you hope and a future…”  (Jeremiah 29:4-12)

We all love to quote that last verse: “I know the plans I have for you, says the LORD…” But we almost always quote it out of context. The verse right before it says “When 70 years in Babylon are completed …”  There is a necessary period of development, of preparation and growth. There is a timetable for your dream, for God’s plan.  But “Now” may not be that time. 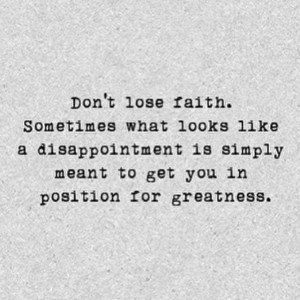 So when you hear the so-called prophets and diviners making these warm and happy claims that “this is the year of God’s favor for you, now is the time for you to step into your call and to fulfill your dream…,” take note. Listen inside yourself for the genuine voice of God. Is now really the time, or are you still in the prep stages – like Abraham, Joseph, Moses, John the Baptist and Jesus?

There will be a time when you get the green light from God, when the “word from God” will come to you in your wilderness. That will be the time to launch.  God does have a plan. God is working his plan. And God’s plan does include you. Your job in the meantime is to prepare, to learn, to grow in wisdom and in stature, in favor with God and men – to get ready for the right time. To wait for the appointed time.

“Now” may – or may not – be the time.  Discern for yourself. Wait for your own specific word. Don’t jump the gun – or you might just end up wandering around a mountain tending goats for 40 years.

STEVE SCHMIDT is the Teaching Pastor at Expressions Church in Oklahoma City. He is a graduate of the seminary at Oral Roberts University in Tulsa, OK, and holds two masters degrees in Biblical Literature and Divinity. He did his doctoral research at the Hebrew University of Jerusalem and at the Jewish Theological Seminary of America in New York.