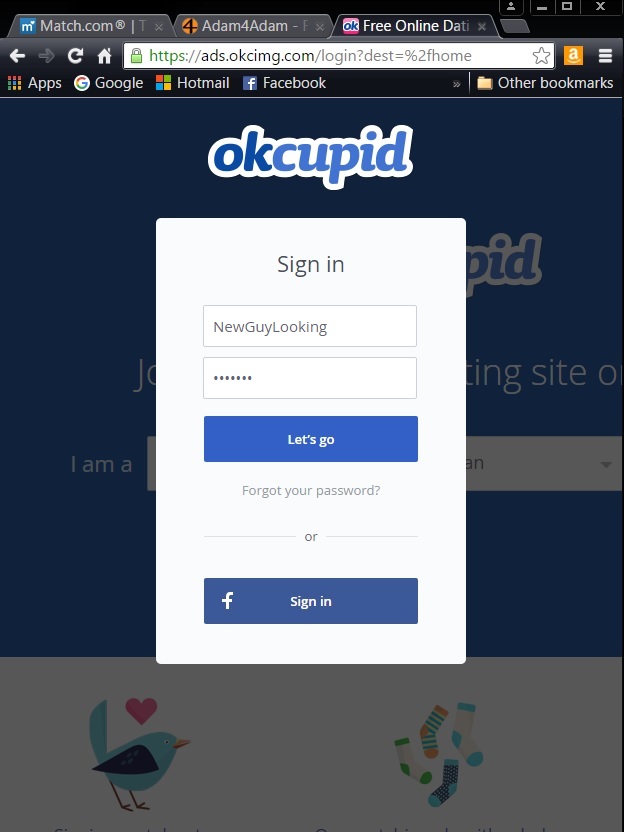 Dear Guys, These Aren’t the Droids You’re Looking For “Oh look, the cute guy messaged me first!” I exclaim.

“Let me see.” My friends reply.

“He’s a ‘no fats, fems, blacks, Asians, Caucasians with brown eyes, guys who don’t like the color pink, guys who onlydrink  whiskey, and guys who breathe’ kind of guy.”

Haven’t we all been on the receiving end of this? I know I have. I actually won’t message someone back who is very clear in the particulars of their men. Actually, I do message them back with “These aren’t the droids you’re looking for.” Not surprisingly none of them understand what it means; if the nerdy reference goes over your head, then yeah, I made a good decision.

We have these qualifications a guy has to have before we even consider talking to him. We’ve decided what the ideal man is, primarily based on looks (thanks to media outlets) and will only go after that, not even willing to give in. The guy may have a flat stomach, but he has to have a six pack to live up to our dream guy.

I was talking to a guy once, we had a conversation going over Snapchat. When he realized that my nails were painted he didn’t respond. He didn’t ask any questions as to why they were, he just stopped responding. When I asked about it, he said he just couldn’t deal with a guy who painted his nails.

Little did he know that the only reason they were painted was my boss had treated us to Mani/Pedi’s earlier that day. It was a Friday and he said I should go all out and get my nails painted and have it for the weekend. Until then I had never painted my nails.

The guy however, didn’t care to ask why or find out the story. He just cut it off there. How many times have I done that to a guy? He worded something wrong in a text by accident, I interpreted what he said in the wrong manner, he has too much hair, he wears boxers, he doesn’t like Beyonce, yada yada yada.

The fact of the matter is that even with painted nails I still would get down and dirty with my hands. I know how to change my own oil, I grew up in the Midwest and know how to hunt. Playing in the mud was part of growing up. But that doesn’t stop me from putting on some eyeliner or mascara when I go out. Just because one thing is considered more masculine or feminine doesn’t mean you can’t do it. Let the people who maybe aren’t fully secure in themselves have an issue with it. If someone really is so against something minor and temporary like that, well, you don’t need them in your life.

We are extremely superficial. I know the apps kind of asked that of us, but if it weren’t at least partly true in our real life, it wouldn’t come so easy to us on the apps.

I’m not here to knock down preferences. We all have preferences. I have preferences. There are things I want physically, emotionally, and spiritually from a guy. But we can communicate those to people in a way that builds up everyone. Or at least doesn’t tear them down.

Also, when it is something so superficial as nails painted, should we maybe consider giving them a chance? No one is perfect. Even the hot actor we might be lucky enough to date is still going to have flaws and drive us crazy even on the best of days.

What I’m trying to get at is that you can do whatever you want. But you don’t have to come across as a dick. You can politely decline, or just say you only want to be friends. There are so many ways to let someone know you aren’t interested without being rude.

I know a lot of people argue that they want to deter people from even messaging them. They argue if they make it clear what they are after then it will just save the heartache and rejection. I get it, but really? Do you need to come across as racist, a prick, a dick, a jerk, an asshole?

There is a problem in the gay community. We are already a repressed group. Then within our ranks we have our own class system and use it to puff ourselves up and put others down. It really is just high school all over again.

Maybe we shouldn’t be on the apps. They don’t really help us. I have made some great friends thanks to Grindr, but what about all the wasted time? Instead of talking to my friends, I’m cruising the apps, and the chances of even getting that one night stand are very fleeting. Sure he’s cute, but when someone comes along cuter than you or cuter than him, all bets are off.

I like to think I’m not a mean person, but the apps bring out the worst in me at times. When I know what I want isn’t going to be found on them, maybe I need to remind myself every time I open it, “These aren’t the droids you’re looking for.”

MATTHEW DAVID HAYS is a budding writer, currently living in Michigan. Matt loves to stay active and keep his mind engaged. You can usually find him at the local yoga studio or at happy hour.

Check out his blog at MatthewDavidHays.