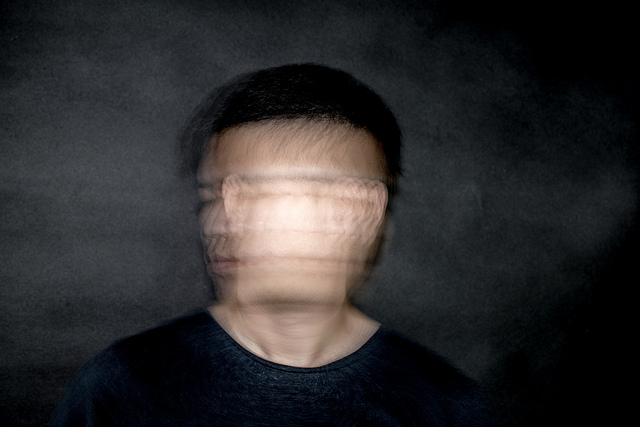 Dear Guys, If you want it to work, you gotta stick around You know who you are: the ones that I see as potential boyfriend material. I will always be guarded around you. Maybe even after we get married. That’s just who I am.

I’m mixed up and complicated. Just like you, when you’re on Grindr and you say you want to settle down, but jump into the first guys pants that you can.  Honestly, I don’t blame you. I do the same thing. I understand. But it doesn’t change the fact I’ll stay guarded.

Sure, maybe deep down somewhere we really do want to settle down. I know I want to. But then I think ….. hmmmm, why not have some fun right now? Ya know, I’m horny and lonely, let’s just have a rendezvous between some sheets. It will at least make me think that I am doing better right now, that I’m okay, I’m human, I’m alive. Had we met at a garden party, we might have hit it off and become best friends and started dating. Then we might have gotten married and adopted kids. But no, we settled for a quick moment in bed, probably ruining the chance for really getting what we want.

In reality, one night stands are not the real reason I stay guarded. I don’t mind having a one night stand. It’s more the fact that I know how people are. Chances are, 9 times out of 10 they will leave you. They are only in it for themselves — or maybe “we,” we are only in it for ourselves. I learned the hard way living in the Big City. Even when my friends warned me, I had refused to listen. I wanted to trust people, I wanted to believe the guys would be there for me, but they weren’t.

Even with your best first-date intentions, you don’t know what you’re getting into. Let’s be honest. On our first date, we decide to go out to eat. I tell you I have to be careful where I go due to food allergies. You tell me you think they’re not real, that it’s all in my head. The only people who believe me are the ones who have the same issues. Very few people get it, and even fewer people will try to get it on the first date. While I would prefer we eat in with something I’ve cooked myself, I suffer going out on that first date with you in the hopes that maybe we could be something.

I’m hoping you’re not one of those guys who not only doesn’t get it, but doesn’t even care that you don’t get it. See, I have a hard time keeping my body in check unless I’m on prednisone, and I hate that. Even when I’m on it I may have to go to the men’s room at a moment’s notice. It really does fuck up your social life, especially if you aren’t near a restroom. It’s dating suicide in the gay world. Who wants to talk about poop on the first date? Not only does it affect my social life, it also affects my sexual life. My digestive problems can cause bleeding in my colon, which can mean blood in my stool. So yes, if you want me to bottom, this could get tricky. I probably won’t relax. Especially if it’s a one night stand, and we’re not really comfortable around each other yet. And hell no, I will never bareback. It’s not just for my safety, it’s mostly out of courtesy to you. Get it?

If we have made it this far through the first date, you’re doing better than most guys. Usually the online conversation has already ended, the date is over, and we barely made it out alive. We might have hit it off (or not), but who needs the extra trouble with a boyfriend, right?  So you may not talk to me ever again, and the next guy wonders why I refuse to open up. He wants to know why I’m not even playing hard to get, why I’ve got such a wall around me. When it’s so easy for a guy to ditch me, it becomes easier and easier to just put up more bricks.

So if you want to date me, if you really want me to relax in a relationship, in sex, in whatever form of intimacy we find together, you are going to have to walk through fire to show me you aren’t going to bail at the first sign of hardship. Divorce is not an option for me, so if you can’t handle the fact that I’m not perfect and that there will be rough patches and I may always have my guard up, then it’s not going to work. If you can’t handle that my health is number one in my life so I don’t end up having to have my colon removed, then yes, we don’t even have a chance.

Any relationship is a two way street. I know that. You have depression? We can stay in and I’ll just hold you. You need alone time to get things in order? Perfect, I’ll go read a book. You have a kid? Great! I’ve always wanted at least six. You’re transgender? So what. I’ll be your biggest ally. I’m willing to put forth the effort; I’m willing to carry my share of your reality.

What I’m looking for may be a large order for a guy to fill, but I’m willing to return it. When you can prove to me you aren’t just in it for sex for a night or even a week, then we can talk. Over time my walls will come down. Trust me, it’s really not that hard to get me to tear them down (I already divulge too much information as it is), but I have to know I can trust you. Life is messy. But hey, at least I can laugh about it, about me, about us. Because if we can’t laugh in bed, there is no hope of it ever working out.  Cuz I need somebody who can love me all the way.

MATTHEW DAVID HAYS is a budding writer, currently living in Michigan. Matt loves to stay active and keep his mind engaged. You can usually find him at the local yoga studio or at happy hour.
Check out his blog at MatthewDavidHays.
[/box]