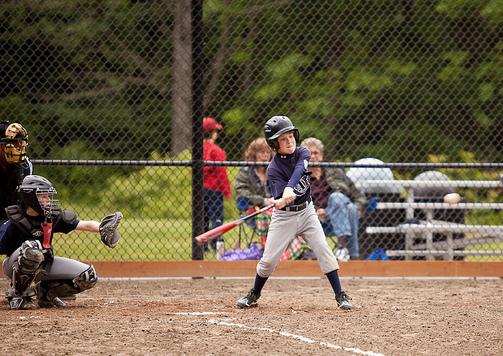 I received a call from Daniel a few weeks ago. “Okay if Jess and I stop by for a bit on our way to Huntersville? Between 2:45 and 3:00? That okay?”

“Would love it! Can’t wait to see your beautiful wife. I miss her. Been too long. Hope you guys aren’t in a huge rush to leave. Hang out as long as you want.”

“I’ll give you eight minutes. I gotta watch my game later!”

“Bitch! You better give me more time than that. I need me some Jessica time. Your wife is absolutely gorgeous by the way – stunningly beautiful, and you better be glad I’m gay or she’d be dumping your ass.” I was gushing.

“You’re not tall enough for her!”

“Yah, whatever . . . seriously dude – glad you guys are coming by. What a cool surprise. You’re an alright dude to hang out with but don’t get a big head ‘cause God knows your ego is big enough – ‘bout as big as that lady’s hair at work. God almighty she must go through a can of Aquanet a day. I swear a flock of finches could be hangin’ out in that mess, and we wouldn’t even know. You know who I’m talking ‘bout yah?” Sometimes the words just come streaming out of my mouth, I don’t know from where.

“You’re such a dork! Me and Jess will be there shortly, old man.

“Okay, Jeddi. I’m hungry. You better have some food!”

“Ay ay ay – high maintenance aren’t we? I got cheese and crackers, and I hope you eat so much that you’re constipated for a week, brat!”

“Nah, we’re cool. I have a bottle of SKYY, and plenty of mixers”

“Dude, seriously, your magnet collection is crackin’ me up. I mean really . . . ‘Warning, you are looking at a High Performance Woman! I can go from 0 to Bitch in 2.1 seconds!’ And what’s up with this one up with these women in 1950’s garb – like this one: ‘You say I’m a bitch like it’s a bad thing’? And I really like this one: ‘I’ve repressed my sexuality for so long I’ve forgotten what my orientation is’. Seriously, man, you’re such a fag!”

“Well, I guess that’s just the way it is around here,” I retorted. “Shit, dude, you keep referring to Gunnar as a she. ‘Come here girl,’ I mocked. Hell, by the time ya’ll leave, my poor dog is going to be gender confused.”

Jessica chimed in, “Don’t pay him any mind. He’s just feeling left out.”

“Am not!” he quickly interrupted.

“Oh puhleaze. It drives you crazy that your wife adores me and gives me all the lovin’ when the three of us hang out.” I looked over at the refrigerator and noticed that my magnets were all symmetrical and in perfect order. “Thanks for ‘straightening’ up my magnets. I guess you couldn’t deal with them just randomly hanging all over the place. A little too gay for you?”

“Oh Lord, you and your endless questions.”

“Nah seriously, man, what would you do if one of your boys turned out gay?”

He stroked his scruffy chin and thought for a minute, “Well, to be honest, it’s not something I’d choose but if it happens, I’m fine . . . whatever . . . I’ll love him the same.”

“Why isn’t it something you’d choose?”

“Dude, seriously, you’re stereotyping. I know plenty of gay guys who are into sports. And hell, even if he can’t throw a football straight and perfectly, he can try. A little encouragement goes a long way. I never got that as a kid . . . but I gotta say that for a gay man who can’t throw or catch a ball for the life of me, I’ve certainly experienced some ‘manly’ activities in my life time. I mean . . . I’ve run four marathons, scaled Half Dome, gone backpacking, and love hiking and camping as much as the next guy.” Too bad these were passions I didn’t discover until adulthood, I thought to myself. Perhaps I could have been a cross country star in high school had I been encouraged to pursue the things I truly loved. How different things might have been; but sadly it was all about the damn ball. “I guess what I’m trying to say is that if you ever did have a gay son, there are lots of ways you could find a meaningful commonality.”

He pondered my words, “Well, I guess you got a point there. But do you understand where I’m coming from?”

Daniel grinned. “I bet you were one lamey ass kid growing up.”

“And I bet you were one of those cocky ass jocks who would have teased me mercilessly, huh?” As Daniel and Jess rattled on about God only knows what, I escaped into the past. Whatever they said for the next ten minutes went in one ear and out the other, and I have absolutely no recollection of what was said. Daniel is forever telling me in a half joking, half serious kind of way that I am too much in my own head, and that listening is not one of my strong suits. I always blame it on ADD and inevitably reference something I read online about how most people generally only remember about twenty percent of what is thrown their way. I tell him that I remember the good stuff – the stuff that matters.

But my mind had already wandered back to childhood. I must have been about ten or eleven. I was sitting in the dugout at Doak Finch ballpark. It was our turn to bat and I sat beside Dwayne, a fat kid with a perpetual shit eatin’ grin spread wide across his chubby face. He was jovial and well liked, and despite his size, he could outrun me any day of the week. The afternoon at home had been rough. My mom and step-dad had fought horribly. Mom hadn’t felt like coming out to the game, and so the step-dad had dropped my brother and me off at the park. None of us said a word on the way over. The last thing I wanted to be doing was hanging out with a bunch of guys who took their baseball seriously. But Little League was expected and I didn’t have much choice in the matter. It was forced, and I hated every minute of it. I couldn’t stop thinking about mom and how she was faring in the presence of such a mean spirited man. I bowed my head in an earnest prayer asking God to look out for her.

“Look it, ya’ll” Dwayne yelled. “This lame ass white boy be over here prayin’ he able to make it to first base.”

Thank God baseball was the only sport heaped upon me. I shudder at the thought of having been forced to play football. Baseball, in my mind, was easy in comparison. At least I understood the basic concepts: three strikes you’re out and three outs you head to the dugout and wait anxiously to hit a little ball flying toward you at frightening speed. The spectators sitting in the bleachers must have found the sight of me swinging a bat into the ground quite comical. When it came time to switch I was always designated to left field; and I remember standing there trembling, terrified that the ball would come my way, hoping to God I’d be spared the embarrassment of a feeble attempt to thwart its descent to the other side of the fence. Worse yet, I was afraid it’d hit me on the head and knock me out cold.

Sports seemed to me such a silly endeavor, and I just didn’t understand the fascination. I longed to be away from these smelly boys in their grass stained uniforms, and wanted nothing more than to be in the safe confines of my grandmother’s house, cozied up with a cat – my nose buried deep into the recesses of a volume of the Encyclopedia Britannica, transported to some faraway place a million miles away from the confines of a small southern town that didn’t understand me.

Daniel’s voice startled me. “Earth to L.T.! Did you hear a single word we just said?”

“Nope. Not a single damn one. Lost in my own little narcissistic world.”

“Oh well . . . you may be an extremely self absorbed ass but you’re alright in my book anyway.”

When Daniel and Jessica left four hours later I felt good inside. Although I only remember a fraction of their words, the unspoken affection they show for one another is forever etched in my mind. The way they look at each other melts my heart. That’s love.

I sent Daniel an email the other day asking him to describe his lovely wife. He responded with, “She is kind, organized, extremely fair (never judges people), overly compassionate, and loyal. She is a perfectionist, trust worthy, smart, an amazing wife and mother. She loves to cook, loves to write. And her curves are amazing!”

I can only hope that she is able to catch a glimmer of herself through his eyes.

And no matter how their kids turn out I know they will always be free to be themselves. And they will be loved unconditionally. That makes me happy.