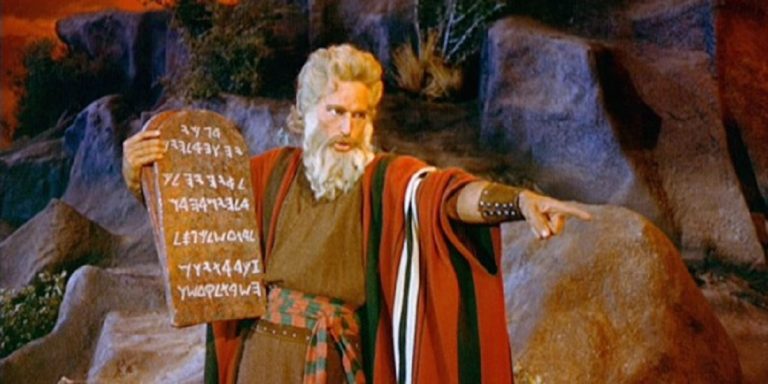 Your Idea of Sin Sucks I was hoping to visit a new church this past Sunday, and looked up an old church I use to attend when I first moved to the city several years ago. I was really disappointed to see that the founding pastor had left and that the church seemed to have gone in a different direction. I decided to browse through their website to try to get a feel for what the church was like now. The new pastor had a little welcome video, so I watched that. The guy is old school Baptist and used to teach at a prestigious — well, at least a well-respected, conservative — Bible college. And his video reflected exactly what you’d think. Lots of church language that punched all my sensitive buttons and made me rethink whether I wanted to visit this place afterall. What clinched it though, was when he talked about his desire as a pastor for “sin to grow sour in our mouths” … I just felt my spirit cringe. And that was it. I was done.

I can only imagine what their version of sin would be. And this is the relevant point. From time to time I get asked that basic question: What is sin? And if you’ve grown up in the church, or spent any amount of time in church at all, you’re probably likely to start with the Ten Commandments. And from there you’ll soon find yourself spinning out into dozens and dozens of other little commandments until you end up with a list of about 613 new rules. (In case that number doesn’t mean anything to you, it’s the number of commandments in the Hebrew Bible – what many in the church world like to call “Old Testament Law.”)  So much for Christian liberty and being free from “the Law.”

As a gay Christian with lots of gay, lesbian and transgender friends, I could only imagine what that pastor would tell us were sins in our lives that needed to be repented of. So yeah, the next thing I checked out was the section on their website about what they believe, and looked specifically for their statement on homosexuality. And sure enough, they take the old traditional stance that it’s sinful, part of the corrupt human nature, and can be cured — or at least controlled — by prayer, accountability, and counseling. In other words, an ex-gay program. #ChristianFail

To be honest, the very fact that he even was talking about sin in his introduction video kinda turned me off. Did I really want to be part of a church that focused on sin?

Sure, as a Christian I know that sin-consciousness occupies a big part in the teaching of the church. But in my opinion, sin is best addressed by focusing on love. We don’t need sermons or lectures on the things that are wrong with us or the things that we need to change to make us better people or more pleasing in God’s sight. Nobody needs fingers pointed in their faces — “go and sin no more!“ The Church would be better served by helping us have a closer walk with God — and the sin part will take care of itself.

If we call ourselves Christians and are actually concerned about what commandments Jesus said we should follow, we’d quickly realize that there is only one law or rule we need to focus on. And that is the law of love. Jesus broke that into two parts, loving God, and loving each other. And, as a friend recently pointed out, he added a third part too: loving our enemies. Seems to me, everything is covered in that one overarching law. So if we can learn to love, sin won’t even be an issue.

So, what is the definition of sin anyway? The Biblical languages have several words for the various types and shades of sin, but I’d say they all boil down to anything that contradicts the law of love. As simple as that. That might be why Jesus never saw fit to hand down to us another set of tablets or lengthy lists of do’s and don’ts.

And frankly, when it comes to sinning against God, I think that pretty much covers doing anything harmful or hateful to each other. God is concerned about how we treat each other. And yes, I’m sure there are other acts that are offensive to God himself, that might be considered “sinning against God” — but truthfully, at this moment, I can’t think of one. Even our anger or shouting matches at God, our doubts or our “blasphemies,” don’t seem to trouble God that much. He’s a big boy. He can handle it.

Likewise, if we do something harmful or demeaning to ourselves, that is sin. It breaks the law of loving ourselves. We are made in the image of God, and that image deserves some respect. Jesus said we were to love our neighbors as ourselves, but if we don’t love ourselves how can we love our neighbor? So inherent in his command to love others is the command to love ourselves. I guess that would be the fourth part of that single law of love. (The Church could sure stand to spend some time teaching on how to do this in a healthy way, instead of beating us up all the time. Just a thought.)

So then: Love God. Love each other. Love your enemies. Love yourself. Anything that contradicts that is sin.

The Golden Rule suddenly takes on a whole new importance in that light. “Do unto others as you would have them do unto you” is the same as “love your neighbor as yourself.” Likewise, the flipside of that is “don’t do unto others what you don’t want done to yourself.” Everything that falls under that definition is sin.

So, my two cents worth to those occupying pulpits across America and around the world is to focus on teaching us how to love God, love each other, and love ourselves better. And leave creating a new set of Stone Tablets to the One who can write them with his finger.