Throughout my entire faith journey with all of its up’s and down’s I have tried to remain rooted in a community of faith. I believe that humans, created in the image of the Triune God who is, fundamentally and eternally, a relationship, have an intrinsic need for community. It is our deepest longing- to be united with God and with one another. And it is when we separate from community and embrace isolation that we begin to devolve spiritually, mentally, emotionally, and physically. Because of this belief, I have always made a point to remain committed a faith community during every season of my life.

Over the last four years, my community was very unique. Instead of a church congregation being my primary “home”, I had the unique opportunity to live on a college campus surrounded by brothers and sisters with similar goals and ambitions rooted in our common evangelical faith. The community that I cultivated with many of my peers was some of the richest and most transformative that I have ever had. Living on a dormitory floor with 30 other men who felt called to ministry and were struggling with all the same doubts, questions, vices, and conflicts was a unique gift that absolutely changed my life and reshaped my future. Not to mention the opportunity to be mentored by older men and women who also had similar passions and desires, who had dealt with all of the struggles and questions that I once had. In every aspect, the community that I formed in college with both students and faculty alike provided me with the support and accountability I needed as a young adult with a calling to the ministry.

Yet about a year and a half in to my college experience, something unexpected began to occur. As I became more open with my questions and I began to have experiences that called in to question some of the beliefs and positions that I once held to be foundational, I began to notice people becoming…afraid. People would begin to call me in and have intense conversations with me for all sorts of reasons- someone had heard I had become a Democrat, another heard that I was no longer a Calvinist, and another had seen me post a favorable Facebook status about Rob Bell. I would get called in to dorm rooms and professors offices and warned about the “slippery slope” that these questions and new positions were leading me down. I began to hear the word “heretic” being applied to me, which was funny, because at the time my theology was almost identical to the people who were applying the label to me. Initially, I didn’t understand what all the fuss was about. I thought that I was just asking questions. I was just trying my hardest to be faithful to what God was teaching me through classes, experiences, and in his word. Why were people so angry? Concerned? Hostile? As you can imagine, I was deeply concerned that some in my community were uncomfortable with me.

It was the beginning of my junior year that God finally revealed to me this insight. That the pushback I was experiencing in my community was not rooted in hatred. It wasn’t rooted in pride. The people who were reprimanding me weren’t mean people. Instead, I discovered, they were simply afraid. Terrified. Fearful of what could happen when certain parts of their faith and worldview were called in to question. And as I reflected on my own faith, I began to realize just how much of it had been rooted in fear as well. I began to realize that all of that talk about end-times, apocalypse, persecution, false-teachers, liberalism, communism, the gay agenda, false doctrine that I had heard preached throughout my childhood was not only rooted in fear itself, but was a tactic that sought to propagate that fear to those who were hearing the messages. I began to wonder how this fear became a part of the Christian mindset, especially when the Scriptures teach us that God is Love and Love casts out all fear. It seemed to me that this notion of fear was rooted in an image of God that many evangelicals have been taught, that I too once cleaved tightly to. It occurred to me that all of these fear-based responses I was receiving began when I started to articulate a different view of God in my own life.

For many evangelicals, God is fundamentally a judge who has no problem condemning someone to eternal conscious torment for not believing the correct theology. Faith is all about believing the right things in order to appease an angry king who demands that we think rightly, or else. But during my time in college, I had become fascinated with the Gospels and spent a ton of time reflecting on the message and story of Jesus.

As I digested and internalized the Gospel accounts, I began to see some major shifts in the way I understood God. I began to understand that God was far more concerned with us having a right relationship with him than he was about whether we got our theology right.

I began to notice that Jesus continually talked about eternity, but that the deciding factor was rooted in how we treated the least of these, the poor, and the prostitute, not on whether we towed the correct political party line. I began to see in Jesus as God who pronounced peace, not chaos. Love, not judgment. Acceptance of the most broken among us, not the most pious. 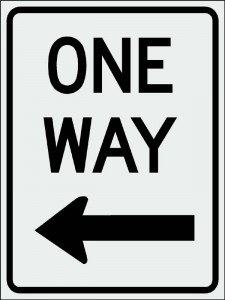 And while I knew that most of my evangelical friends would, in theory, agree with all of this, in practice, the image of God that we held was not this one. We didn’t view God as Jesus, we viewed God more as Molech — a vengeful deity requiring sacrifice and strict obedience or else he would reign down wrath on the reprobate. If Molech is the image of God we embrace, then we have a lot to fear. But if Jesus is God, then fear is expelled. Grace reigns. Love wins. We are free to explore, to ask all of our questions, and to do so knowing that our relationship with God is not contingent upon us having all of the right beliefs but on the simple fact that God loves us as his children, and that nothing could ever put that status in jeopardy.

When this became my understanding of God, my whole disposition began to shift. I became radically honest and open. No question was off limit. The only thing that mattered was that as I explored, that I stayed firmly rooted in the Scriptures and in my intimate, experimental relationship with God. But I began to realize that this sort of freedom was terrifying to many people.

It once was scary to me too. Because if God was truly a theological judge, then doubts, questions, and exploration must be the enemy of faith. It was nothing more than a slippery slope away from salvation. But I no longer bought in to that narrative. Instead, I began to understand that my salvation was rooted totally in God’s unconditional grace and love, not on anything I believed or blogged about. Even if I was wrong, I trusted that God’s Spirit would gently guide me to the place I needed to be over time. But it also became abundantly clear to me in this season that all of our attempts to systemize and theologize God would ultimately fall short. The more I began to ask questions, the bigger I began to realize that God was. I began to realize that ultimately, none of us would be able to even begin to comprehend the greatness of who God is. God is eternal, all expansive, vast, and endless. How could we ever think we could even begin to correctly understand that? In the words of St. Augustine “We are talking about God. What wonder is it that you do not understand? If you do understand, then it is not God.”

You see, the biggest transformation that has happened to me since becoming a follower of Jesus is this: I no longer have fear of God.

I have come to believe that God is my father and no father wants his child to live in fear of him. No father condemns his child for asking questions. No father condemns his child for getting facts about him wrong. No, God is a better Father than that. In the person of Jesus, we get to see, up close, what God is really like. And what we find is that he is mysterious, strange, difficult to understand at times, creative, loving, gracious, accepting, passionate about justice and righteousness, innovative, and victorious. He’s not like Molech. Not at all. Our God doesn’t instill fear. He imparts peace. And for me, when that shift took place, not only did my relationship with God grow in depth, but my fundamental posture of faith changed. No longer did I have to feign certainty, but instead I could embrace my finitude and curiosity, freely admitting that I knew very little but loved my God a lot. And that changed everything.

Two and a half years have gone by since this shift occurred. And for two and a half years I have continually seen how fear can cause the fiercest reactions from even the closest people to you. I have read the sharp and painful emails from mentors and classmates who think I’ve gone off the deep end. I have heard stories of professors using me as an example of a heretic in classes. I have had difficult conversations with people who once supported me and now think I have abandoned the faith. But in the midst of it all, I can say that I have never been more certain of the love and grace of God, never had access to such peace and freedom, never been so excited to engage the Scriptures, as I am today. Because I do so not out of a spirit of fear, but out of love. Love for God. Love for myself. And the overwhelming certainty that at the end of this life, it will not be how well we “defended” God, how certain we were of our theology, or how rigidly we held to the party line. No, instead it will be a Father, standing with his arms outstretched to an often wayward but none the less beloved child, beckoning us to enter in and feast at his table and to rest on his breast, and to continue the eternal exploration of the heights and depths of our magnificent and awe-inspiring Creator.

BRANDAN ROBERTSON is an Evangelical writer, activist, speaker, and the dreamer behind the Revangelical Movement. He desires to build-bridges across cultural, theological, and political divides and to help others rethink, reform, and renew what it looks like to be a follower of Jesus in our post-modern, post-Christian world.

Brandan has a B.A. in Pastoral Studies and Bible from Moody Bible Institute in Chicago.  He writes for Revangelical on Patheos, Red Letter Christians, Sojourners, and IMPACT Magazine, and has been a featured contributor to a number of well-read blogs and news outlets. He is currently working on a book to be published by Destiny Image Publishers in early 2015, and is a contributing author to the book Praying In The Frat House, Kissing In The Chapel edited by Adam Copeland.  He serves as the spokesperson for Evangelicals For Marriage Equality and as an initiator for The Convergence Initiative. Brandan currently resides in Washington, DC.

Be sure to follow his latest thoughts on his blog, Revangelical.