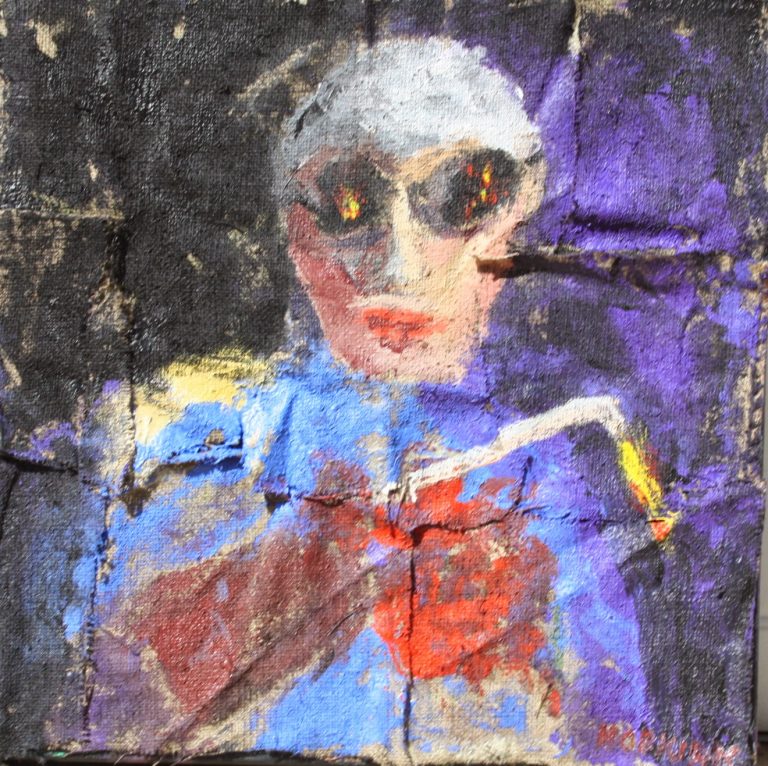 Alexi  DeVillers is an artist who makes sculptures out of an ordinary object that the rest of us throw away without a second thought – tin cans. He sells his sculptures; then with the proceeds, feeds about 150 people per week in the Phoenix area who need a hot meal but are a little down on their luck. After feeding the needy, he makes more art with the empty cans – a perfect golden circle.  He’s got a day job, so the meals are given out on the weekends. He’s been making art like this for over 10 years and feeding the poor this way for over three.

He learned welding and other metal skills in metal shop class back in high school, but now he simply constructs the sculptures with screws, no welding. The metal screws add to the aesthetic – steam punk. With cans that would be thrown away, a cordless drill, and talent – boom , you got art.

He learned nourishing tasty Cuban recipes from his mother. He also learned from her how to stretch a dollar and not waste anything. There were five kids in the family and not a lot of money. To get the most food for his buck, he cooks the meals in his kitchen, then he and his wife deliver them to the hungry.

Alexi is totally down to earth, not a pretentious bone in his body. When asked about his hopes and plans for the future, it’s not about his art being shown in some museum, it’s about feeding more people.  Some would say that the whole process of making the art object, feeding the needy, then using the cans to make more art is ART – art of living.  You can further check out his art at Method Art Gallery, who represents Alex in Scottsdale, AZ. At the bottom of this post is a link to Method Art Gallery. And here’s some music, just because …  Jah Will Provide – Hugh Mundell, click to play.

Here’s some stuff I recently made with what Jah provided.

Sacred Heart of the Welder 25 x 24 inches, house paint on burlap on canvas. A Place To Stand, made out of found objects, rocks and wood, lying close to one another. Found them when I was out walking Belle along the creek. It stood for about two days before someone knocked it over. A few days after that, someone hauled the interesting large log away, probably to someone’s yard. And a bit more Raggae for your day …

A shout out to Buzz Siler. Buzz was the first stranger who gave me some positive feedback on this blog. Buzz, here’s a haiku with the word “buzz.”

Buzz owns and operates the Cerulean, wine bar (also serves coffee) within the Siler Gallery in Portland’s Pearl District. I haven’t been to Portland for a while, but Yelp reviews say it’s a very cool place.

Check out more down to earth art at the Method Art Gallery.