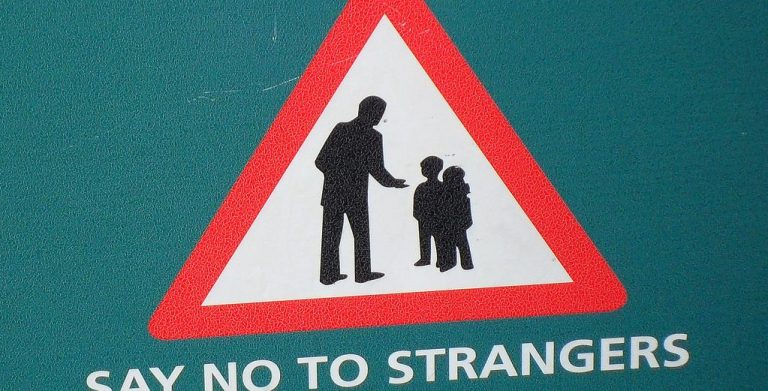 The headline pissed me off when I read it in my news feed.   “Evangelical Group Plans to Convert Children as Young As Five at Portland Parks.” As a dad, an interest group, any interest group, going after kids is unacceptable in my book.

As I read the article further, I found out that the evangelical group in question was the Child Evangelism Fellowship’s Good News Club. Suddenly, the brakes came to a screeching halt in my head. My parental outrage was not gone, but it suddenly was awash with a quick douse of memories.

The year was 1966 and I was nine years old. We lived in a little town on the coast of California. I say we, meaning my family, but one significant member was missing—my dad. He was stationed in Viet Nam, in the line of fire.

It was a year when I grew up significantly, and had to stand on my own in ways I had not previously in my young life. It was a year that I needed to believe, more that all else, that there was a God, that we were being watched over, and that everything was going to be all right. I did not have use for a realist view that for some families in other places things were not all right and tragedy was in the air.

Christianity was not a new thing for me, even then. I had attended Bible camp the year before, and held the mantra before me, “Jesus loves me, this I know.” I was still a good year or two away from feeling the sexual instincts that intellectually might counter that conviction.

One day at school, someone invited me to their home for “The Good News Club”. I am not typically a joiner, but felt compelled to go. When I informed my mother that I had gone, without asking, she grew concerned, made calls and investigated what it was all about.

What it was about for me, was education. I am sure there was some philosophical teaching there, but it was mostly a walk through of the Bible stories—all of them, not just the fable like ones pulled out of context. It included ones that were not conveniently explained like the walls of Jericho being toppled and families who did what were now seen as minor crimes being stoned. Through this information, I understood that the Bible was not a rule book, but an evolvement of human spiritual growth set in specific histories and cultures. I learned about Esther, and Job and Jonas and how David sent a man to be killed so he could marry his widow. I learned the names of the major prophets, and the minor prophets.

The main “good news” I learned from all the Bible stories taught at The Good News Club was that I had the right to be as spiritual and as “saved” as anyone, no matter what my future intimate instincts might become.

So, now, flash forward to 2014, as I reflect on my experience of the past, recruited at nine years of age, I wish I could say that their current activities are healthy ones. With all that has happened over the last several decades, I can’t say that. This is my letter to them instead:

First, I want to thank you for the wonderful times you gave me as a child. You took a boy whose daddy was at war, and gave me hope. I thank you from the bottom of my heart.

I understand you are now targeting parks in Portland Oregon, looking to convert kids as young as five years old. You might think this letter is a vote of confidence, sadly, it is not.

I am extremely wary of your activities not because I fear that “The Good News Club” has changed per se, it likely has, but because Christianity itself, as practiced by so many in today’s age has changed. Core principles like the golden rule, the good Samaritan, loving one’s neighbor as one’s self and “judge not” are being completely ignored. “Turning the other cheek” has become having the right to throw the first punch and be protected under the misnomer “religious freedom”.

Where you taught me that the first chapter of the book of Romans was about idol worship, today it is construed to be solely about same sex intimacy. A story where Jesus defines divorce as only being available in cases of adultery, as it was practiced legally when I went to the Good News Club, is now been bastardized into being a declaration of opposite gender marriage only.

“The Good News” has become a message for those who meet the elite picture of a 1960s style family.  I got that message in 1966 because, that was who I was at the time and it is what my family looked like.

The message is no longer “good”, and not factual enough to be “news”. “The Good News” has been translated to become “One Mis-informed Message”, obsessed with maligning new family formations you do not understand.

When I thought of “good news” at that point in time, it would be whatever one of my boys whispered into my ear as I kissed them goodnight.

I am thinking back on my year with you in the Good News Club, and I remember a comment you quoted by Jesus.  “I tell you the truth, unless you change and become like little children, you will never enter the kingdom of heaven. Therefore, whoever humbles himself like this child is the greatest in the kingdom of heaven. “ It was a concept that was echoed by another holy man, one named Black Elk of the Ogalala Sioux, who said “Grown men can learn from very little children for the hearts of the little children are pure. Therefore, the Great Spirit may show to them many things which older people miss.” Truth is truth.

If you insist in hanging out with kids at the Portland parks, Jesus, the Bible and the great spirit of the universe all are aligned, but, they would be telling you not to be there to convert anyone.

They would tell you that it is so you can be converted yourselves.