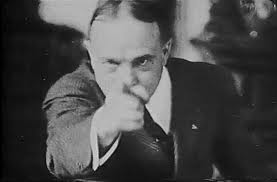 I seem to alienate a lot of my preacher friends.  They’re good people, for the most part, just like all of us. But sometimes we just don’t see eye to eye on the “reason” behind the things we do in church.

Today, for example, another minister posted a blistering message on Facebook, chewing out people for not attending church. “The Bible commands us not to forsake the assembling together … blah blah.” “These so-called Christians” who can’t make time to show up for services “on the Lord’s Day, and you can find time to do all sorts of things except be in the House of God?” Calling these people deceived or deluded, “so-called Christians” who think they don’t need church to have God.  Words full of guilt. Shaming. Religious cliché.

Honestly, it turned my stomach.  I probably should have kept my opinions to myself, but I couldn’t help responding (hopefully with at least a little tact), “I know many who stop going to “God’s house” on “the Lord’s Day” for the simple reason that they don’t find God there. We have too many churches filled with religion.”

Really. Why on earth would anybody want to go to “God’s House” and hear that kind of drivel?  If his post was any indicator of his sermons, it’s no wonder people don’t want to show up.

Did we EVER see Jesus in the Gospels yelling at the street vendors, prostitutes, the needy, for not going to the Temple or synagogue? “Oh, you whine and cry about how hard your life is, but you won’t make an effort to go to God’s House!”  Never.  It’s ridiculous to even imagine Jesus saying such a thing. God is not limited to the walls of some building, and while “assembling together” can certainly be a healthy thing, the “assembling together” is not what makes it healthy or holy. It’s the people you’re assembling with. And if those people are sanctimonious and condemning, I’d rather assemble together in the chummy embrace of my drunken buddies at a bar than listen to the nattering sermon of someone spouting religious words with no sense of the deep spirituality that should be behind them.

“Let God be true and every man a liar,” the preacher said in his defense of the commandment to attend church.  Indeed.  God is true, and God will make himself known to anyone who hungers for him — and thankfully without the need of a guilt-wielding preacher trying to compel people to behave according to his religious preferences.

We are often warned, in these religious circles, that we will all one day stand before the Judgment Seat of Christ. It’s meant as a threat, a warning to live holy lives, lest we face the wrath of God. But actually, I take great comfort in that scene, because I know Who it is that sits on that Judge’s Seat. And the only people he ever had a harsh word for were the religious.

If we wonder why our churches are becoming empty on “the Lord’s Day”, we might start by asking ourselves if we’re talking and acting like our Lord.

To all my brothers and sisters who choose NOT to sit under that kind of shepherding on Sunday, grace and peace and great blessings to you. Go where you’re loved. Go where you are nurtured and cherished. Go where you find the presence of God.  Anything else is not worthy of you, and certainly not a reflection of God — despite what some preachers say.