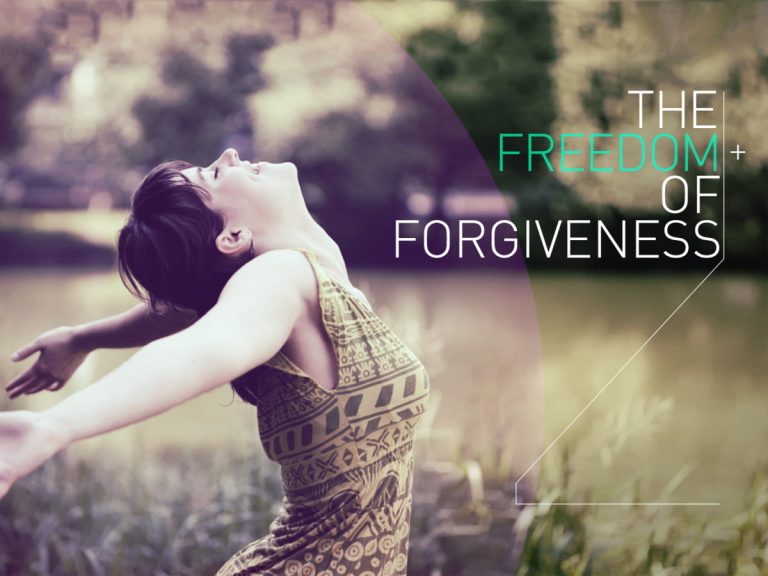 Three years ago I decided it was time to let go of the anger and bitterness I held towards the pastor that counseled me through five years of ex-gay therapy. At age thirteen my parents suspected that I was gay. Maybe it was playing with barbies when I was really young, kissing other boys when I was five-years-old or getting excited to wear make-up for the church Christmas play that gave it away. I’m not sure what gave it away but there was a slew of stereotypical behaviors and evidence that screamed, “This child is faaaabulous!”

Whatever tipped them off, my parents scheduled a time for me to meet and talk with the pastor. They told me, “Pastor Rosene wants to speak with you after church Sunday night.” I wasn’t told why she wanted to meet with me. They made it seem like the pastor initiated the request. I thought maybe she had a prophetic word for me or she just wanted to check in and see how I was doing. I was excited to have a private moment with the Pastor. I looked up to her. I admired her.

After church that Sunday evening in October, Pastor Rosene and I made our way to the back of the church where her office was located. I remember it was October because 98 degrees was performing just fifty miles away. I remember sitting in her office, glancing at the clock and thinking, “They’re probably taking the stage at this very moment.” I was excited to be only fifty miles from my teenage crush, Nick Lachey.

Rosene asked some general questions then she shared a story with me that she saw on the news. The story was about someone who was molested as a young boy by an older man. When he grew up, he ended up molesting other young boys as well. As she shared the story, I thought that this was the life of all homosexuals, I didn’t know any better.

However, I knew I was a homosexual. I’ve known that ever since I was five-years-old when my friend Elijah and I made out with each other every Sunday after church.

Rosene finished the story and said, “Azariah, I feel fire behind my eyes.” This was typical spiritual lingo in our church. In this moment, it was her abstract and confusing way to say, “I know you’re gay.” I was becoming nervous, I started to feel shaky and scared. I felt a tremendous amount of guilt. I thought, if all homosexuals molest little boys like her story argued, I didn’t want anything to do with it. I thought I could change and she could help. Tears flooded my eyes and like the ugly crier I am, I confessed for the first time in my life, “I-I-I’m g-g-g-gay.” At this point, the only way I could breathe was with big gasps of air.

That night in October was the first night of many nights we attempted to rid myself of homosexuality through Pentecostal style exorcisms and unlicensed counseling. The pain and torment this counseling caused was tremendous. I was being asked to deny who I am and be something artificial. There were many times I wanted to kill myself. I remember one night in my room, I wrote a goodbye letter to my family, I pushed the dresser against the door and had a knife in my hand. I gently pressed the blade against the skin of my forearm to get an idea of what the pain would feel like. I wanted to know what to expect. There were two serious moments — while I was receiving ex-gay therapy – when I had everything set up and I was ready to end my life.

I wanted the same-sex attraction to end but God wasn’t answering my tear filled prayers, and the ex-gay counseling wasn’t making the feelings go away. I thought the only way out was to end my life. Looking back, had I been empowered to live my life authentically and honestly, this torment would have never happened.

After coming out in 2008, I had a lot of bitterness and resentment towards Rosene. I would often talk poorly of her and the church. I was very critical and cynical of Christians. I had a growing animosity towards Christians and only wished ill feelings towards them. However, in the fall of 2010 I was ready to move on and let it go. I realized harboring that animosity was doing nothing more than hurting me, causing me to live in the past, and hindering me from being whole.

After not speaking for years, I called Rosene. She sounded happy to hear from me. I told her I wanted to come in and speak with her. We scheduled a time to meet for the following week.

I hadn’t been to the church in years. I walked in through the side door, made my way through the kitchen and found Rosene walking up the hallway. She no longer had the big puffy hair, instead, she had it pulled back in a pony tail. Other than that, everything about the church and her were the same as before. We went into the nursery room and sat down. After catching up for a little while, I told her why I came. “I’m here because I want to tell you that I forgive you. You don’t know this but those years that you counseled me to become ex-gay caused me a lot of unintentional pain and torment.” I explained how it caused me pain and that I was suicidal during that time.

She was quiet and listened. When I finished speaking she began to share. “Azariah, I have been doing this for many years. I know the spiritual world. This is like the student trying to teach the teacher. You’re the student and I’m the teacher.”

Boom! There it was! I was set free! Eleven years after the counseling started, I FINALLY felt set free. God had finally answered my prayer. “You’re the student and I’m the teacher,” she argued. In that moment, I realized what she was doing. She was negating my life experience and attempting to position herself in a place of power and influence over me once again. However, I wised up too much and her game was over.

I remember that moment three years ago and the feeling of being set free by choosing to forgive her well. That moment is still very real for me to this day.

For the thousands who have gone through ex-gay therapy, the pain we experienced was excruciating. It’s unforgettable. I want to encourage you, when you’re ready, choose to forgive. Whether you meet face-to-face with the person/s who did it to you, you write them a letter, or you go into the wilderness to scream out the pain. Whatever you do, let it out. I promise you, forgiveness as difficult as it is, it WILL be the key that sets you free.

If Pastor Rosene reads this…

The Divine is trying to teach you that your ability to love and accept the Samaritans of today’s society is bigger than you’re allowing it to be. Pause. Reflect. Choose to grow.

[Samaritans were despised by the Jews in the Bible. They were considered unclean and the lowest of society in that time by the Jews.]

AZARIAH SOUTHWORTH is a blogger, writer, public speaker, podcastor, and was Instinct Magazine’s Leading Man of 2008. He writes on issues of faith, sexuality and forgiveness, and lives in Las Vegas, Nevada. Follow him on his blog, AzariahSpeaks,  his website,  on Facebook, and on Twitter.
[/box]