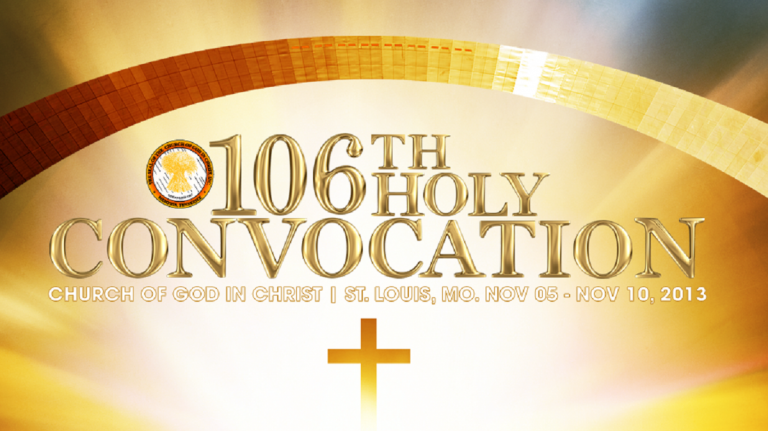 Being gay is tough sometimes. Being a gay Christian can be even tougher.  This week, a Church of God in Christ convention is taking place in Saint Louis. I know a number of gay COGIC men, and I also know how anti-gay this denomination actually is. But I was still surprised to hear the church folk going on and on about how “gay” this convention was. They even wanted to cancel a midnight musical and have a deliverance service instead. So, gay people aren’t welcome at a church’s convention — or at a local church, for that matter? I didn’t realize we had to qualify for Christianity. I kinda (apparently incorrectly) thought Jesus qualified us all by His blood. But who cares about the blood of Jesus when there are stones that need to be thrown?

It is interesting — and frustrating — to see how so many churches will turn a blind eye in order to use gay people for their musical gifts, organizational gifts, and monetary gifts; but then act as though they didn’t know we existed in the Church all these years. Boo boo, you probably wouldn’t even *have* a church without the contributions of your gay members.

This is the kind of foolish thinking that will be the destruction of the Church. And it once again prompted me to think about how thankful I am that I am no longer in a non-affirming congregation, and why I never will be again.

So here they are. Ten reasons I will never again be a part of a church that doesn’t affirm me in my sexuality:

2) The closet was so high school; so since I refuse to go back in, I’m not going to smile and kee kee while my church “family” talks behind my back. Been there, done that.

3) I’m not going to give my gifts to help build a congregation that “welcomes” (read: tolerates) me, but doesn’t celebrate me.

4) While I can tolerate a church being wrong about an issue (nobody’s perfect; we’re all growing in our understanding and application of Scripture), I can’t tolerate one that is wrong at the expense of human lives. I weep at the thought that I can’t ungive offerings that helped drive young kids to suicide.

5) I refuse to sit in the pews and let the pastor get an Amen at my expense–not just the expense of something I’ve done, like if I fornicated, or disrespected my mother, or lied on my taxes, but at my personal expense. For example, I don’t care how well you preach. If you teach white supremacy, why would I sit my negro behind in that church and listen to that crap? Yet gay people tolerate the same kind of discrimination every day. Not this one. Not anymore.

6) Guilt by association is real. I care enough about my name to not associate it with a church that has adopted a Don’t Ask Don’t Tell policy, thereby confining their gay members to the closet. And my presence validates that policy, whether I personally agree with it or not (because not everyone will have an opportunity to sit down with me and let me explain why I’m there).

7) If we keep claiming that time is short, Christ is coming back soon, and we’d better get our house in order, I don’t have time to be in covenant with a congregation based on the singing, shouting, preaching, etc. if I know that one of its messages producing such devastating fruit in so many people’s lives.

8) If I can’t imagine raising my hypothetical gay son in a church, letting him hear an anti-gay message, why would I go there myself? I don’t have time to try to undo the damage every time we leave church, explaining that some people just don’t understand. I’m basically telling him that our pastor doesn’t know what he’s talking about, yet I keep him there listening to it. Talk about mixed messages.

9) No, there is no perfect church; but that’s just a copout. There’s no perfect race-relations organization, either, but you don’t see me joining the KKK. Depending on the area I live in, other church options exist. Expect me to avail myself of them.

10) I don’t need to remain a member of a particular church in order to maintain my friendships and connections… and if I do, we weren’t really friends to begin with. So, why stay at a church that doesn’t affirm me just because my friends or family go there, or just because I was born there? I may have been, but I still have a life after birth that has to be lived, and I’m going to live it in the healthiest way possible, and that’s not attending a church that feeds me poison, no matter how accustomed to it I’ve become.

Do you have any other reasons why you would never again join a non-affirming church?

ROMELL WEEKLY pastors The Sanctuary, an affirming congregation in Saint Louis, Missouri, and has written two life-changing books about homosexuality and the Bible: Homosexianity

, both available from Amazon.com in paperback and Kindle format. He is also founder of The Center For Affirming Theology.

The Rebuttal: A Biblical Response Exposing The Deceptive Logic Of Anti-Gay Theology

In these two faith-affirming books, Pastor Weekly uncovers the biblical witness about sexual orientation and gender identity that will bring peace to your soul, and equip you to effectively minister to members of the LGBT community from a spirit of love and truth.