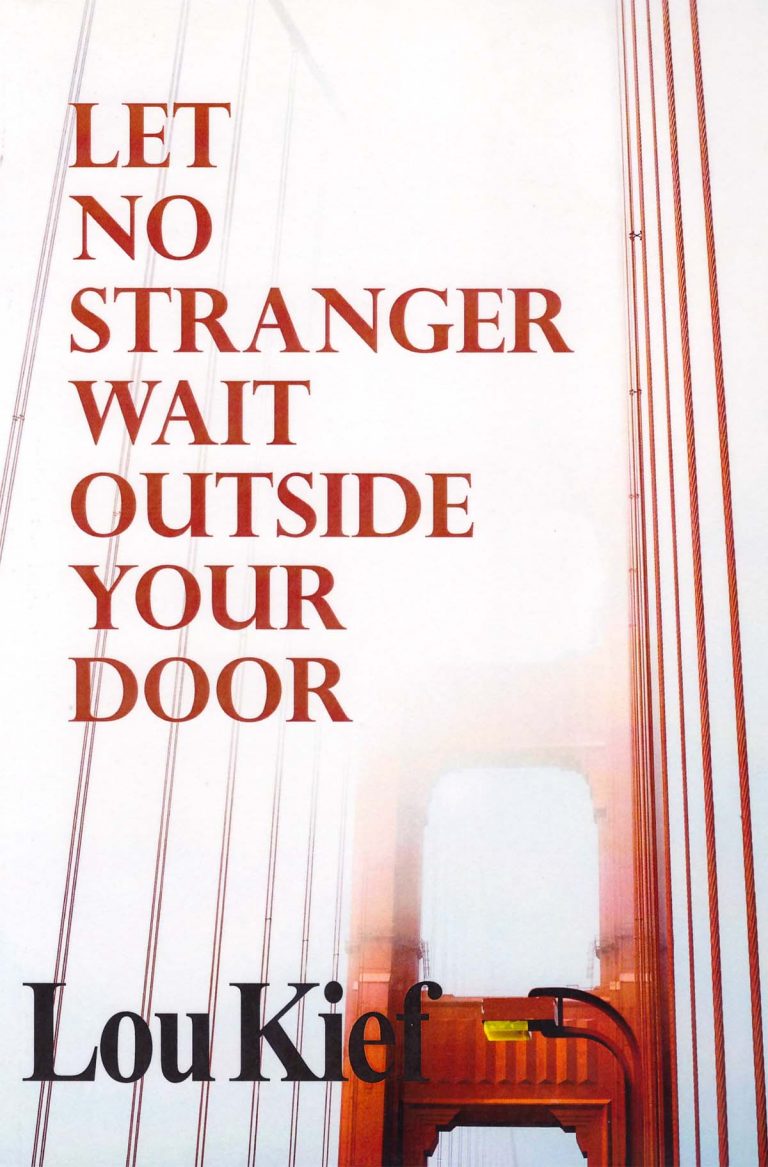 Review: “Let No Stranger Wait Outside Your Door” by Lou Kief

San Francisco, open your golden gate
You let no stranger wait outside your door
San Francisco, here is your wanderin’ one
Saying I’ll wander no more

It’s not often I come across a book which is hard to put down. Let No Stranger Wait Outside Your Door

, a compelling, well-written memoir, happens to be one of them. Lou Kief retells his journey westward from his early days as a paramedic in Detroit to being a carpenter in San Francisco, a place where a gay person 1960s and 70s could find freedom to be authentic.

Lou is a brilliant raconteur, filling in great detail the pages with his wild, crazy and amusing experiences, the stories of life, death, love and heartbreak. Yet far from being a mere narration of events gone by, he swept me right into his life with his colourful, engaging personal stories and photos. His life experiences are incredibly diverse, from scooping body parts off the street as a paramedic, experiencing the Detroit riots firsthand, skating in drag and ending up in a tree, to spending years sailing the seas in a boat which he and his partner restored.

I did find the sex, drunkenness and drugs he so vividly described a bit unsettling. But then again I’m a sheltered 30 year old who actually believes in saving it for marriage. I realised that this was indeed part of real life and the real world so many of that generation lived. Lou, his friends and the people in those places and times were in general a community who looked after each other, something rare these days. I saw a common thread of human kindness in his stories.

The 1960s and 70s were an important time in the history of gay rights, and San Francisco was the epicentre of gay activism. Lou was right there, and he writes about the people and events which happened with such detail that I was swept up in the accounts as though I were there alongside him. He describes lively accounts about José Sarria who benefited the gay community in many ways and devised an ingenious way to stop drag queens getting arrested. And he recounts the murder of his friend, the first openly gay American politician, Harvey Milk.

The AIDS epidemic devastated many a person in that generation, including many people whom Lou knew. Towards the end of the book is a sobering, moving tribute and memorial to his friends who passed on from the disease, among them talented artists, writers and chefs. Lou says in his own words, they are just too wonderful to let disappear into nothingness just because they didn’t live long enough to leave their own legacies. And after reading the moving stories in this memoir, I agree.

Let No Stranger Wait Outside Your Door

was written for Lou’s gay brothers and sisters who weren’t yet born back then. As a millennial born decades after the events and half a world away, reading his book made me feel like I was there in person. I’m glad to have read Lou’s book. It is a labour of love. And my life is a little bit richer for it.

The book is available on Amazon

in print and digital formats.

CHRIS RAYAN is from Kuala Lumpur, Malaysia and is part of the microstock industry. When not immersed in photographs, he travels and takes more photographs. Sometimes he daydreams about finding Mr. Right.