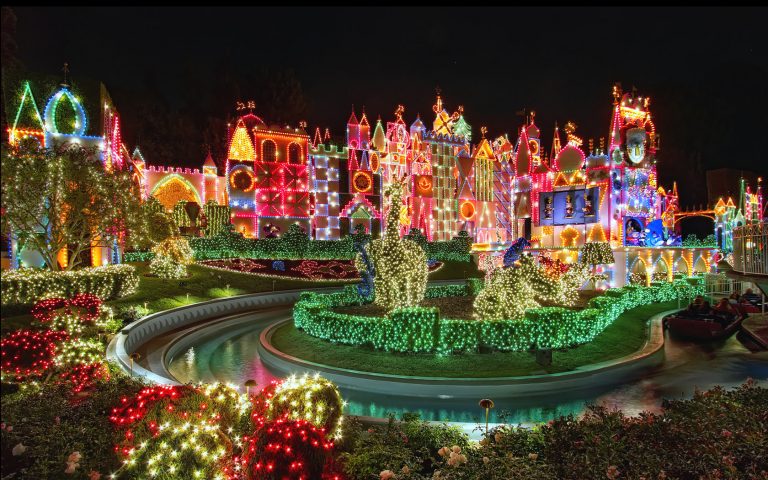 During the last few weeks of winter holidays, Pope Benedict VXI and several of his delegates, including Illinois Cardinal Francis George and the United Kingdom’s Archbishop Vincent Nichols, delivered a lump of coal to the world’s LGBTQ communities.  It was gift-giving Mr. Grinch or unrepentant Ebenezer Scrooge style.

Meanwhile, I was taking my gay family on a trip to Disneyland.  I was there with my partner, Jim, and my two 10-year old sons.  My sons have been mine since their infancy. They were adopted from heterosexual birthparents, who would have fit the acceptable image of “family” as promoted by the Pope.  Each of the four was chemically addicted, however, and certain to create devastating damage had my sons remained in their care.

On the day we went, so did 40,000 other people.    I thought about what the Pope could see if he had been there with us.  We were as any other family in the park—we were photographed together, kissed and hugged each other when moved to do so, held hands, and laughed a lot.  Here is what he would have seen:

1. Romance.   Despite gay marriage being legal in more and more countries around the globe, Disneyland is only filled with numerous Princess opposite-gender oriented story lines, each proving that heterosexual romance is alive, well and not going anywhere.  There is not a whisper of same-sex romance even hinted, although some cross species romance (Ariel, Belle) has crept in.  No change is evident in the human romantic blueprint.

2. The crowds. Further evidence that heterosexuality is not experiencing a threat, let alone a “crisis,” is the massive amount of opposite-sex families and their progeny in attendance.  Our same-sex presence, the kiss to my partner at the base of Tarzan’s Treehouse, and our posing with Disney character icons not only did not create a wave of sexual orientation defection, they were completely ignored by everyone around us.  The Pope would sleep well witnessing how uncomfortably well humans are populating the earth.

3. The joy.  We saw people in frail health at the end of their lives sharing experiences with kids who are new to the planet. Excitement and wonder exuded from all directions.  The love within my family did not threaten them, especially as a “crisis.”  Instead, there was deep inspired joy that I think the Pope would envy.

4. The diversity of real families.  We rubbed elbows with many families.  These were real families, and almost no two looked identical.  It was impossible to tell if parents were biological ones, adopted ones or temporary guardians.  It was impossible to see exactly how each had come together. But lLove obviously is what held each together.  If he had seen it, the Pope would have to reconsider his limited, one-size-fits-all perspective.

5. Imagination.  From fresh perspective of histories and cultures to real innovations that will have human impact, the park has made imagination a pervasive theme.  The Pope needs a little of the stuff.  Seriously.

6. Popularity and relevance.  Disney characters turn parents and kids into ravenous paparazzi.  In the  minds of the families there, the Mary who is a virgin has the last name of Poppins.  Children can recognize and name every chipmunk, duck, mouse and dog character that hit the street, but would not know any Catholic saints except St. Nicholas.  This lack of relevance of Catholic lore on modern life might give the Pope a moment’s pause if he really wants to stay important to future generations.

7. Parenting,  “Finding Nemo” style.   My son, Jason, loved this ride in which a sole Dad parent shows what real parental love is all about, and that it has nothing to do with dual sets of genitalia in the home.  The Pope should have gone on the ride with him.

8. Nature vs. the world of Mickey Mouse.  Cardinal George wrote “Marriage comes to us from nature.” Team Pope harp on this theme a lot, but their concept of “nature” does not seem to reflect real nature at all.  If Mickey and Minnie were actual rodents, Minnie would go into heat and be bred by all able male mice in the vicinity.  This would make for a very different Disneyland.  In the civilized world, Mickey and Minnie are monogamous and committed.  Humanity, not nature, is the factor that provides stability, morality, equality and higher values.  Hopefully, if the Pope and his team hung out in the house of Mouse, they would come to understand that.

9. Great words from Mr. Lincoln.    The Pope has decried “a false understanding of freedom” — meaning that only heterosexuals have family rights. He needs to listen to the words of Great Moments With Mr. Lincoln: “The world has never had a good definition of the word liberty, and the American people, just now, are much in want of one. We all declare for liberty; but in using the same word we do not all mean the same thing. What constitutes the bulwark of our liberty and independence? … Our reliance is in the love of liberty, which God has planted in our bosoms. Our defense is in the preservation of the spirit which prizes liberty as the heritage of all men, in all lands everywhere. Destroy this spirit, and you have planted the seeds of despotism around your own doors.”

10. Captain EO.  The Pope needs to see Michael Jackson’s legacy work in Captain Eo in Tomorrowland.  As Michael confronts a cold heartless tyrant, who demands a colorless world to her own suppression-laden blueprint, he transforms the environment with dance, music, rhythm and style.  He literally gays up the place with beauty and love, and leaves the now transformed monarch with these words, “We’re takin’ over; we have the truth; this is the mission; to see it through; don’t point your finger; not dangerous; this is our planet; you’re one of us; we’re sendin’ out a major love and this is our message to you;  we’re bringin’ brighter days … fulfill the truth”  I hope the Pope would have taken some of this Truth home to the Vatican with him.

The Pope is wrong to denigrate gay families, and is on the wrong side of history.  In Disney stories, there are great transformations and awakenings.  It is my sincere prayer that the Pope gets one of these as a gift for himself this year.
[box type=”bio”]