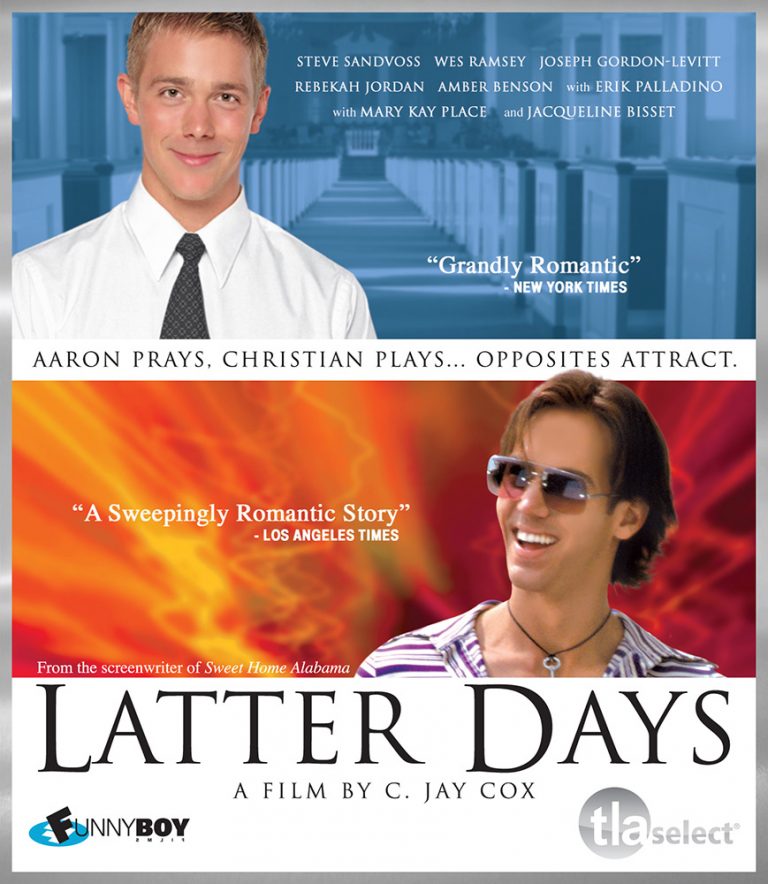 The Doorway to God is Always Open

There is a scene in one of my favorite movies, Latter Days, when a young Mormon elder is on trial by his local commission for being gay. His father heads the commission, and concludes the hearing with the judgement. “In light of your abnormal and abominable state … by the authority invested in me by the Melchizedek priesthood and in the name of Jesus Christ, I have no choice but to begin excommunication proceedings against you, at which point, you will be stripped of the priesthood, the garments, and membership in this church.” And with those words, the members sorrowfully sentence this young man to eternity cut off from God.

Watching that scene, the thoughts — and gratitude — flash across my mind: “Thank God, no human being and no institution ever has that power.” The Church, or any single church or body of believers, is NOT the guardian of the gateway to God. That authority was granted to only one person: the Son of God himself. Jesus of Nazareth.

How ever we may interpret Jesus’ famous words in John’s Gospel, “I am the way, the truth, and the life. No one comes to the Father except through me” — whether we must confess that name explicitly to gain entrance (as Evangelicals tend to believe), or whether Jesus means he provided the way and that all are free to enter because of him (as many Christian universalists maintain) — it is clear that no one else has that right. No one else can say “No, you can’t come in because you are unclean, you are an abomination, you are a drunkard and glutton, or you are a homosexual.” No one holds the keys to the Kingdom other than the one who looked at the woman caught in adultery and refused to cast a single stone.

Let’s put it more directly. There is no deed you can do to ever separate you from the love of God. And there is no deed you can do to earn a sweet spot in his heart. You cannot earn your way into the Eternal Presence; it has already been granted to you. Your only job in this process is to believe and accept it. And once you have gained access, it can never be taken from you — not for what you’ve done, or for who you are. Period.

And how ever we may interpret those select, few, cherry-picked verses in Scripture that would seem to close that door, there are far too many that say that is NOT the case. And we must look harder to understand those rare, single-digit number of seemingly negative passages. There are numerous treatments of those famous “clobber passages,” and a great one, handled reverently, is reviewed here (Pastor RD Weekly’s Homosexianity). Instead, let us focus on the many, the multitude, the heart and soul of the Gospel — and therefore the very heart and soul of God — that loudly and boldly declare our irrevocable acceptance.

For any who have been excommunicated, expelled, kicked out, rejected, or told they were cut off from God, in the name of Jesus, the Son of God, I give you these promises:

• For I am convinced that neither death nor life, neither angels nor demons, neither the present nor the future, nor any powers, neither height nor depth, nor anything else in all creation, will ever be able to separate us from the love of God that is in Christ Jesus our Lord. (Rom 8:38-39)

• For by grace you have been saved through faith; and that not of yourselves, it is the gift of God; not as a result of works, so that no one may boast. (Eph 2:8-9)

• Therefore, since we have been justified through faith, we have peace with God through our Lord Jesus Christ, through whom we have gained access by faith into this grace in which we now stand. And we rejoice in the hope of the glory of God. (Rom 5:1-2)

• For all have sinned and fall short of the glory of God, and are justified freely by his grace through the redemption that came by Christ Jesus. (Rom 3:23-24)

• I tell you the truth, whoever hears my word and believes him who sent me has eternal life and will not be condemned; he has crossed over from death to life. (John 5:24)

• These have been written so that you may believe that Jesus is the Christ, the Son of God; and that believing you may have life in His name. (John 20:31)

• There is salvation in no one else; for there is no other name under heaven that has been given among men by which we must be saved. (Acts 4:12)

• For we maintain that a man is justified by faith, apart from observing the law. (Rom 3:28)

• The righteousness of God [comes] through faith in Jesus Christ for all those who believe; for there is no distinction. (Rom 3:20-22)

• Now therefore why do you put God to the test by placing upon the neck of the disciples a yoke which neither our fathers nor we have been able to bear? But we believe that we are saved through the grace of the Lord Jesus, in the same way as they also are. (Act 15:10-11)

• I do not nullify the grace of God, for if righteousness could be gained through the law then Christ died for nothing. (Gal 2:21)

• This is the only thing I want to find out from you: did you receive the Spirit by the works of the Law, or by hearing with faith? Are you so foolish? Having begun by the Spirit, are you now being perfected by the flesh? (Gal 3:1-3)

• Much more then, having now been justified by His blood, we shall be saved from the wrath of God through Him. (Rom 5:9)

• If you confess with your mouth Jesus as Lord, and believe in your heart that God raised Him from the dead, you will be saved; for with the heart a person believes, resulting in righteousness, and with the mouth he confesses, resulting in salvation. (Rom 10:9-10)

• For there is no distinction between Jew and Greek; for the same Lord is Lord of all, abounding in riches for all who call on Him; for “whoever will call on the name of the Lord will be saved.” (Rom 10:12-13)

• You who are seeking to be justified by law; you have fallen from grace. For through the Spirit, by faith, we are waiting for the hope of righteousness. (Gal 5:4-5)

• May I be found in Him, not having a righteousness of my own derived from the Law, but that which is through faith in Christ: the righteousness which comes from God on the basis of faith. (Phil 3:9)

• God made you alive with Christ. He forgave us all our sins, having canceled the written code, with its regulations, that was against us and that stood opposed to us. He took it away, nailing it to the cross. … Therefore do not let anyone judge you by what you eat or drink … (Col 2:13-16)

• Not by works of righteousness which we have done, but according to his mercy he saved us, … that being justified by his grace, we should be made heirs according to the hope of eternal life. (Titus 3:5-7)

• For what the Law could not do, weak as it was through the flesh, God did: sending His own Son in the likeness of sinful flesh and as an offering for sin, He condemned sin in the flesh, so that the requirement of the Law might be fulfilled in us, who do not walk according to the flesh but according to the Spirit. (Rom 8:3-4)