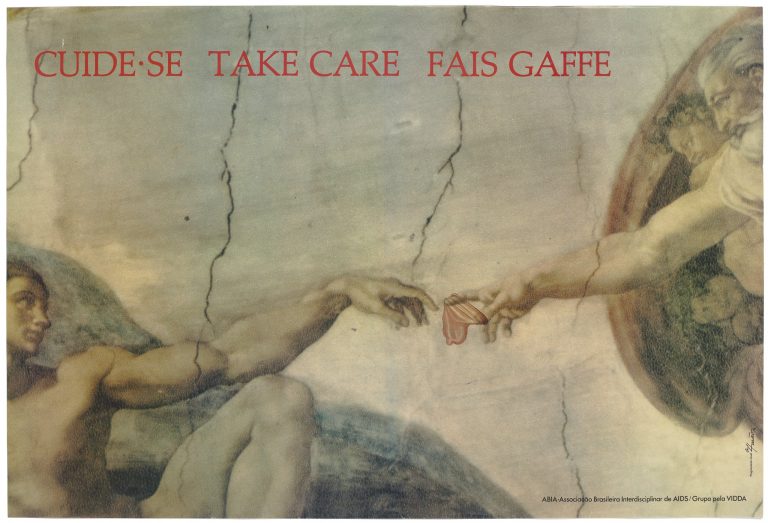 Jesus Loves You. Have a Condom. 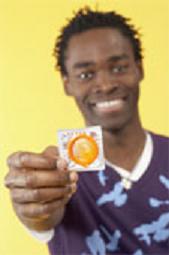 A group of us were sitting around talking, waiting for the weekly men’s group to begin. I was new to the church, still getting a feel for the place, but the pastor’s approach to living out the faith intrigued me. It was an odd place, a challenging place, but there was something powerfully different here: all that old “churchiness” I’d become accustomed to was strangely missing – and when talking about the church to friends, I was already beginning to think in terms of “we.”

As a few of us chatted there in the lobby, I noticed sitting on the table in front of me was this plastic bucket filled with condoms. All kinds of condoms. Colored, textured, lubricated, plain. Definitely not your father’s typical church supplies. As part of the church’s outreach (to use a little Christianese), we had opened our building as a site for free HIV testing twice a week. Despite the adamant message of the abstinence-only crowd, everyone knows a condom is the best defense against HIV. But in MY church?!

Yeah, I get bent out of shape easily sometimes. And I threw one of my “you can’t be serious” looks at the pastor as he walked in. But he was dead serious. And since I knew I was on a journey of “radical acceptance” and opening myself up to allow God to use his Church in ways he wants (even if it raises some eyebrows), I was eager for the theological justification. Too bad I didn’t get it. The pastor’s position was simple. While as believers, we maintain a Biblical standard for purity in intimate relations — marriage and fidelity — we still need to love people enough to help them stay safe even if they don’t live up to our standards. Nutshell theology. Good for the soul, but not really satisfying to my analytical mind. So as I picked through the bucket, marveling at the assortment of glow-in-the-dark colors, I started wrestling with the arguments and implications. Another mind-stretching experience.

Would Jesus be handing out condoms at the Oklahoma Gay Rodeo Association? According to my pastor, of course he would. But I could already hear the protests of my conservative evangelical friends and colleagues, rolling in disgust in their pews. Isn’t this tantamount to condoning sin? I don’t know. But what does Jesus think?

Did Jesus ever overlook a moral shortcoming in order to save a life? Images of scenes from ancient Middle East started flooding my mind. Isn’t this the same argument about working on the Sabbath? Isn’t it better to allow people to rub grains of wheat in their hands in order to satisfy their hunger, even though Sabbath laws forbid it? Or, could pulling your ox out of a pit in sheer mercy and compassion justify overriding the Sabbath restriction against it? And David, before he became king, entering the tabernacle and stealing the holy bread there to feed his hungry men — doing what was unlawful. Jesus justified him, applauded him. Here was a man who understood the heart (and priorities) of God (Lk 6:1-5; Lk 14:5).

Didn’t a tablecloth containing all kinds of forbidden meat lower from heaven to Peter in a vision, with a command to eat and call nothing unclean that God has made clean? Grace overriding definitions of sin. Because it’s about people, not rules. (Acts 10:10-15)

That scene of the Samaritan woman at the well also presses itself into my mind. She’d been married five times, and was currently living with a man not her husband. Yet because Jesus spends time talking with her (a scandalous action back then), God’s salvation was brought to her entire village (John 4). And he never once rebuffed her for her disreputable lifestyle. That other woman caught in adultery and about to be stoned by the righteous people of the day … Jesus steps in and saves her life. In this case, he does correct her: “go and sin no more.” But he doesn’t look at her offense. He focuses on saving her life. The correction comes later, when she was in a more receptive position (John 8:3-12).

And that famous parable of the Good Samaritan who takes care of the man, beaten, robbed and left on the side of the road to die by the holy people of his day. Are we, the Church, not the Priest and the Levite who walked by, not wanting to dirty ourselves even to save a life? We’d rather preach to him, tell him God loves him, all the while pointing out his faults in an effort to change him. But we won’t kneel down in the dirt with him to offer him the help he actually needs at that moment. Who ultimately was the good neighbor? Jesus’ words: the one who showed mercy. “Go and do likewise” (Lk 10:30-37).

Condoms, oddly enough, are never mentioned in the Bible. I can’t find any single passage in Scripture that specifically states that doing something which might appear to condone sin is acceptable if done out of love. But there are plenty of examples where Jesus himself does this. Love overrides Law. It is the “Ox on the Sabbath” principle.

Am I completely comfortable with this? Not entirely. It may be a little while longer before you see me at the Rodeo passing out condoms, telling people Jesus loves them. It’s still a little too far from my traditional, conservative upbringing to adjust so quickly. But I am completely convinced that this is the kind of attitude and thinking we need to embrace if we’re going to be a light in the 21st century. It’s what Jesus would do. And if we’re too afraid of being stretched into new patterns of radical love and action, if our traditional ways of practicing the faith never grow beyond our comfort zone, what kind of demonstration of God’s love and power is that?

The world seems to be falling apart, people are dying. They need God, and we the Church have failed to deliver. This is the kind of out-of-the-box action that demonstrates who we really are. This is the message people need to hear. God loves you. We love you. Our greatest desire is for you to have an intimate relationship with God. In the meantime, be safe. Here’s a condom.

STEVE SCHMIDT serves on the pastoral staff of Expressions Church in Oklahoma City. He is a graduate of the seminary at Oral Roberts University in Tulsa, OK, and holds two masters degrees in Biblical Literature and Divinity. He did his doctoral research at the Hebrew University of Jerusalem and at the Jewish Theological Seminary of America in New York. You can find him always skulking on Facebook.