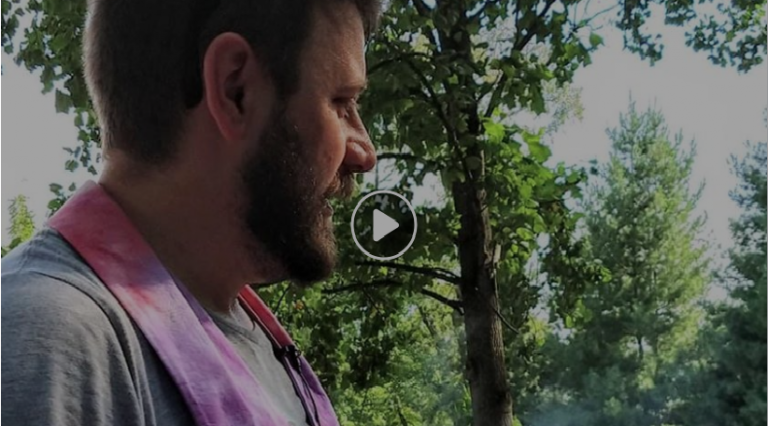 Sermons tend to be largely theoretical, with an occasional anecdote if the preacher wants to illustrate real-life application. But last week, PCUSA Pastor Joshua Noah didn’t simply talk about risk, he dove in, head first. Josh came out to his congregation, from the pulpit.

Here’s how it unfolded:

Pastor Noah risked a lot by coming out. He risked his job because those who are uncomfortable with his drum beat of social justice might use it to try to get him ousted. Telling his congregation during a Sunday service added another level of danger, because it could have resulted in jeering and accusation from the pews. Streaming the event live on Facebook amped up the threat a final notch. In these perilous days of supremacy-fueled hatred, Pastor Noah opened himself up not only to extremists in the church’s region, but also those who don’t mind a road trip with a trunk full of guns and ammo. 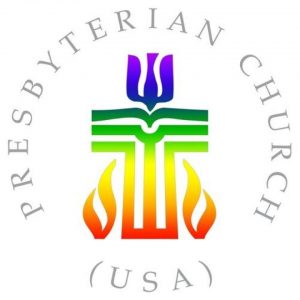 The sweet freedom of living honestly might have been enough to make him face the danger. But by coming out so publically, Joshua Noah stands with millions of LGBTQI+ folx who are afraid of or angry at Christianity because of all the churches which sit on the fence or openly condemn people because of their sexual orientation or gender identity. My wife Diane and I engage with these people every day. Over the past week I talked about God with a young woman who was spiritually and physically abused at a conversion camp, sent a book to the father of a trans woman who’d just come out, and held my wife as she cried over a gay person’s suicide. This is a typical week for us. We see the pain daily, Diane more than I because she is a social media strategist for affirming churches and organizations. She moderates Grace Presbyterian Church’s Facebook page, so she also sees thank you messages for the ways the page offers hope during this era of outrageous darkness.

Diane and I wept as we watched Pastor Josh speak his truth. We wept for the pain in his family, and for the terrible valor of truth telling. We wept because of all the people who would watch around the globe, desperately in need of our collective courage. We wept because the world hurts and churches stand on the precipice, choosing how to respond. They can choose the safety of remaining quiet, preaching feel-good news, and keeping the big-ticket donors happily seated in the pews, or they can walk in the radical riskiness of Christ, proclaiming the true good news which assaults our comfort and demands we stretch beyond the current limits of our generosity, compassion, and hope.

By coming out, Joshua modeled that kind of courage. But the risk wasn’t only his. It was also embraced by the church elders who stood and bravely proclaimed “He is still my pastor.”

What if we were all that brave? Brave enough to declare our truths, knowing we could be condemned as a result. Brave enough to stand up to a circle of rock-throwers. Brave enough to accept that each of us is a glorious fucked up mixture of strengths and weakness, of truth and hidden realities, of joy and sorrow, all of us inflictors of pain and ministers of healing. How different might the world be? How many more people might seek out churches and step into ministry if their whole selves were welcomed and truly accepted?

Risk is scary, important, and necessary.

I couldn’t be more proud of Pastor Joshua Noah, and of my church. The risk isn’t over, but we’re walking through it, together. And good will come of it in ways we can’t begin to predict.